Who Speaks for the Average Student?

By: Gerry Nutter, April – 2011 “The needs of the many outweigh the needs of the few (or the one).” Mr. Spock I have used that phrase before but it comes to my mind every year around budget time for the Lowell Public Schools. The week after this paper hits the newsstands Lowell will […]

Raise your taxes 14.6%: “Invest in the Georgetown Schools”

By: Lawrence, “Lonnie” Brennan – April, 2011 Some interesting shell games are going on before our eyes. One of the most interesting is the creation of a new centralized town maintenance department, funded via a new $729,583 proposition 2 ½ override. The cool thing about it (for the proponents of the bill) is that […]

April – 2011 ANDOVER – The Merrimack Valley YMCA announced last month that Watts Water Technologies, a leading manufacturer of flow control products for the water quality, residential plumbing & heating, commercial and OEM markets, has pledged $750,000. The generous donation will be spread over a five-year period to support annual operations, as well […] 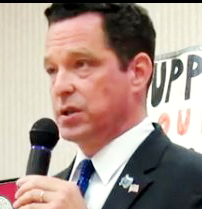 By: Jeff Katz – April, 2011   And we’re off on Obama’s grand Libyan adventure. After weeks of dithering, golfing and vacationing the pretender in chief finally decided to do something about Libya. He truly seemed confused about the proper course of action and so he did what he is best at, he […]

By: Jeff Katz – April, 2011 And we’re off on Obama’s grand Libyan adventure. After weeks of dithering, golfing and vacationing the pretender in chief finally decided to do something about Libya. He truly seemed confused about the proper course of action and so he did what he is best at, he blamed George […]

Valley Patriot Editorial ~ April, 2011 When will the people of Lawrence say “enough is enough” and start a recall petition against Lawrence Mayor Willie Lantigua?  In the year and a half Lantigua has been mayor, he has not only laid off cops and firefighters but has publicly attacked them at every turn, calling them […]