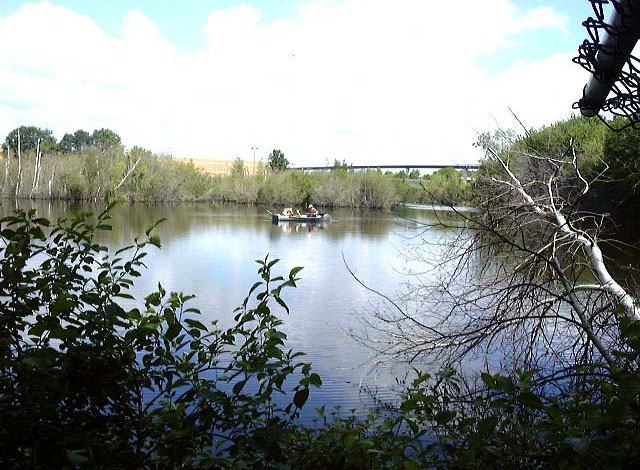 BOSTON – State and federal officials have received a $4.25 million settlement from the Pharmacia Corporation and Bayer CropScience Inc. for damages to natural resources at the Industri-plex Superfund site in Woburn, Mass. Contaminants from this site significantly impacted resources in the Aberjona River and the surrounding watershed.  “With this settlement, we can fund a […]

Support the “Get Jack Better” Fund

By: Debbie Quinn – February 2013 On January 16, 2013 Jack Trottier, a 17 year old Tyngsboro High School student, was snowboarding in his friend’s backyard when the unthinkable happened; he fell after going off a two foot jump and landed the wrong way. Jack was transported to Children’s Hospital where he underwent emergency surgery […]

What a Man Can Be He Must Be – (Motivation)

By: Motivational Speaker Jeff Katz – February 2013 As a child, my Dad once shared with me that there are things you do simply because they are the right thing to do. You’re not looking for a trophy or certificate. Your soul, he said, will be made richer for having taken the right path. You’ll […]

By: Deb Papalia – February 2013 On January 25, my husband and I traveled by bus to Washington DC to march in the bitter cold to remember the 55 million unborn babies who have died in the last 40 years because of the infamous court ruling of Roe v. Wade that legalized […]

By Shawn Hansen – February 2013 As Thanksgiving fell on November 22nd this past year and Christmas took place on December 25th as it does every year, the holiday known to be, “The most wonderful time of the year,” by Andy Williams came early to Red Sox fans as Christmas at Fenway took place […]

In an effort to break through the white noise of news media bias, The Valley Patriot accepts first hand accounts of local events to give our readers a chance to see things through the eyes of the people who are there.   By Paul Boulanger –  February 22,, 2013 An Email from Massachusetts Firearm School […]

Dog of the Month: Henry

PUPPYLOVE WITH KATE WHITNEY   By PuppyGirl Kate Whitney – February 2013 Woof! I’m Henry….Before I got the name Henry, I was known as #211 at the county pound. I am super friendly with people and other dogs. I am a sweetie. They think I am a Shepherd mix and about 1.5years old. I am […]

Tracey Zysk – February 2013 If you haven’t already received a bill from your town for your dog’s 2013 dog license, you will be receiving it soon. People ask me all the time, “Why do I even need to do this?” or “Why is the town making money off of my dog?” This isn’t about […]

North Andover Police are conducting “active shooter” training all week during school vacation at the middle school. All officers are being trained, videoed and critiqued. Exact firearms replicas are being used so the officers are accustomed to their carried weapons.

February 2013 READING – Austin Preparatory School’s Girls Varsity Hockey season is heating up, thanks to the leadership of new Head Coach Stephanie Wood. The team has worked its way back into the top 10 and is on the verge of potentially ending a two-year postseason drought. Wood is currently the Women’s Director of the […]