Last month, during the state budget debate, Representative Diana DiZoglio (D-Methuen) addressed her colleagues for the first time in the 188th General Court in support of closing a serious loophole regarding municipal election ballot access. In Massachusetts, the Office of Campaign and Political Finance, commonly known as OCPF, requires all candidates for public office […]

Nothing “Fair” About the Market Place Fairness Act

By: D.J. Bettencourt – May 2013 By any measure, the “Market Place Fairness Act” currently under consideration by Congress is terrible policy. However, its negative effect on New Hampshire and small business is particularly pronounced. The proposed legislation is an internet sales tax that seeks to force every on-line retailer with annual sales exceeding $1 […]

LETS TALK ABOUT FOOD – Letters from YOU!

By: Pennie Hale – May 2013 I would like to share an email I received in response to my column from my new friend Rick Bellanti: Dear Pennie: I loved the article on weight loss. I am a food addict – I have been on a weight loss journey since December 15th 2011, and I’m […]

LAWRENCE – Funusual Records is proud to release the Charity album ‘We Stand With You’ featuring 17 tracks. An album that features both local artists from around Massachusetts and artists of the ‘80s for a cause. With the tragedy that hit Boston recently, Funusual Records has decided to help those in need and […] 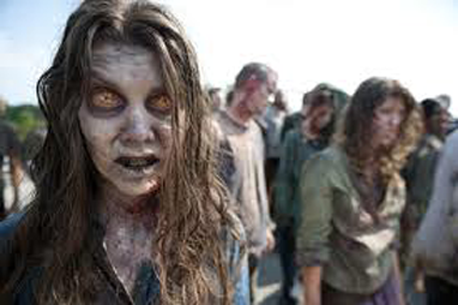 By: Bill Cushing – May 2013 I hear people discuss the “Golden Age of TV” in referring to TV of the past. They refer to shows like Hill Street Blues, St. Elsewhere, and M*A*S*H, all great shows to be sure. But they came at a time when shows like that were few and far between. […]

By: Tracey Zysk – May 2013 On September 24, 2011 I had the wonderful opportunity to meet Karen Smith of the Massachusetts Animal Coalition at the New England Pet Expo in Wilmington, MA. When I stopped at Karen’s booth it was well decorated and nicely organized, but more importantly, it was more informative than […]

MOTIVATION – What Shall We Tell Our Children?

By: Jeff Katz – – May 2013 Certified Life Coach visionaccomplished.net As I have delivered speeches on positive psychology, personal growth and self-motivation around the country, I have often been asked how to share these messages with younger children. There’s obviously no easy answer, but the same positive attitudes we strive to embrace as adults, are […]

IN YOUR CORNER WITH SENATOR IVES: Two Bills for Welcoming Survivors Home

By: State Senator Kathleen O’Connor Ives – May 2013 We are all shocked and saddened by the cruelty of the attacks inflicted on innocent people at the finish line of the Boston Marathon. We mourn for the four individuals who lost their lives and their grieving friends and families. Our hearts also go out […]

By: Mara Dolan – May 2013 There is one factor that heavily favors Gabriel Gomez among independent voters: he isn’t a Democrat. While it’s impossible for most Massachusetts Democrats to understand, there are people who are just sick of seeing us win all the time. They don’t vote for the Republican just because they believe […]