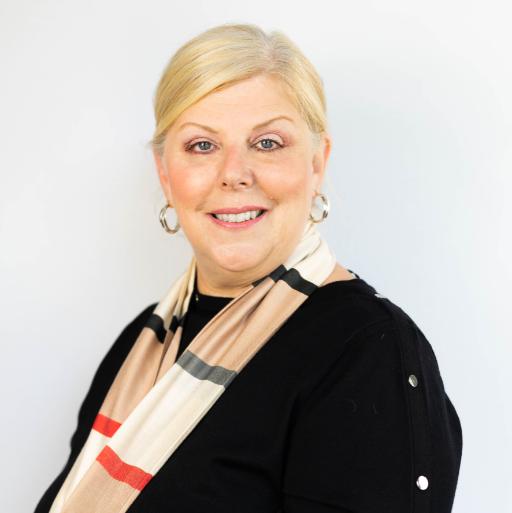 FOR IMMEDIATE RELEASE October 29, 2019 Contact: Megan Costello, 617 653 3781  WOMEN OF METHUEN STAND WITH JENNIFER KANNAN AND CALL ON PERRY TO RELEASE HIS PERSONNEL FILES FROM RAYTHEON We the undersigned women of Methuen, call on Neil Perry, a candidate for mayor, to join his opponent, Methuen City Council Chair Jennifer Kannan, in […] 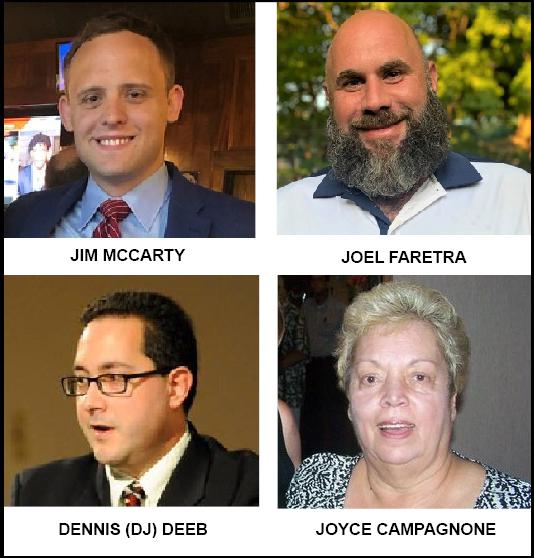 The race for Central District City Council is the campaign to watch on November 5th. Methuen residents will elect TWO city councilors in the Central District. Incumbent James McCarty topped the ticket in the primary as he seeks his second term, while fellow incumbent and longtime elected official Joyce Campagnone came in fourth. But, […] 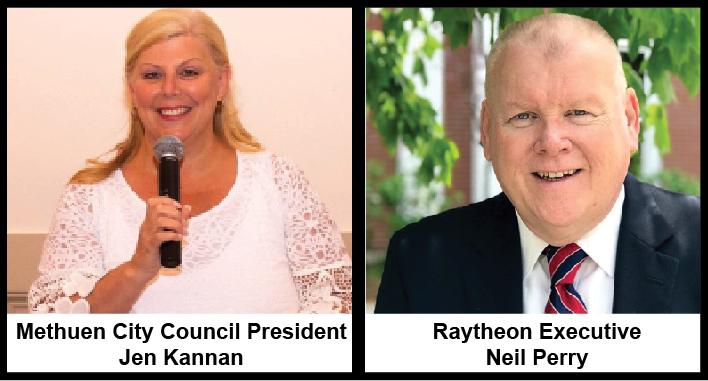 Oct 21, 2019 (6:10pm) The Methuen Police will charge a juvenile in connection with the hit-and-run crash that killed a Methuen man last week. Methuen Police arrested a 16 year old (juvenile), male from Lawrence on charges of: Manslaughter Operating Recklessly Causing the Death of Another Leaving the Scene of a Personal Injury Collision Causing the […]

If You Really Care About Your Family, VOTE! ~ VALLEY PATRIOT EDITORIAL (Oct. 2019)

Last month, less than 5,000 people voted in the Methuen preliminary election for city council. Methuen has approximately 57,000 people residing in the city limits. That means less than 10% of the people in Methuen bothered to participate in the decision of who represents them in city government. In Lawrence the numbers were frighteningly lower. […] 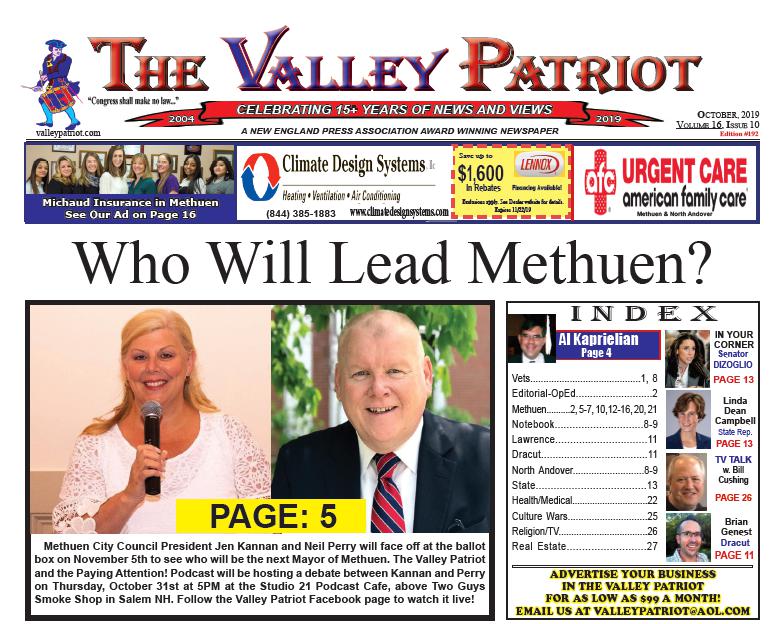 If you enjoy our news coverage please consider making a $1 donation via payal Download the PDF of the October, 2019 Valley Patriot Here READ IN OUR FLIP PAGE VIEWER without downloading

By: Bharani Padmanabhan – Sept. 2019 This past week, supporters of the rule of law encountered the shameful spectacle of a full page announcement in the Boston Globe, from 70 progressive outfits, condemning the jury verdict in the case of naked extortion by Marty Walsh’s agents. You remember Marty? Former union leader who became mayor […]

By: Rick Bellanti – Sept, 2019 Welcome to September, and say good bye to beach days, green leaves, mosquitoes and plain food. Let’s say hello to great NH foliage, cool evenings and a whole lot of pumpkin spice everything. From lattes to baked goods, the flavor of fall lies in the season’s desire for warmth […]

2019 Fall TV Review: What You Should Watch ~ TV TALK with BILL CUSHING

By: Bill Cushing –  Sept, 2019 The new TV season is upon us and just like every year there are lots of new shows. Which shows are worth devoting your time to? Well, hopefully this column will help you decide the answer to that question. Here are some of the shows I think will […]

Love is Also Truth & Justice ~ BENEATH THE SURFACE with PAUL MURANO

By: Pal Murano – September, 2019 In our era that emphasizes love as mercy, let us not forget that love is also justice. Compassion and mercy encompass only one side of love. Truth and justice make up the other. It is like the two sides of a coin: it fails to be a coin without […] 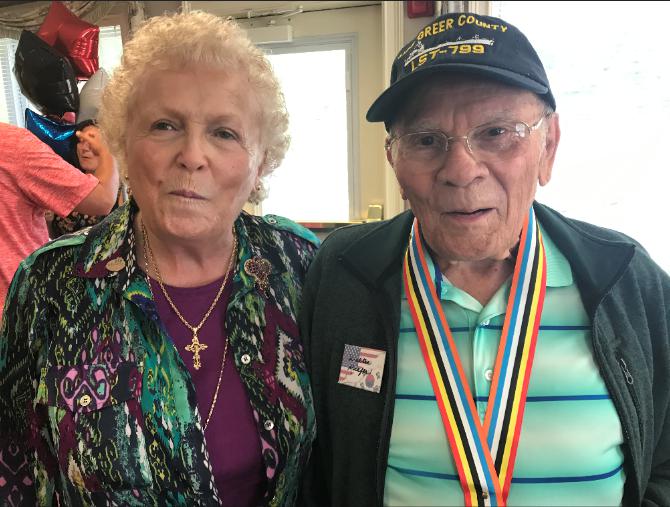 By: John Cuddy – Sept. 2019 Our fifty-five heroes came from Lowell, Chelmsford, Dracut, and throughout the Merrimack Valley. They brought their families with them and were honored by the Town of Dracut, led by Town Manager James Duggan, the Massachusetts Secretary of Veterans’ Affairs US Marine Corp Veteran Francisco Urena, and the Consular General […] 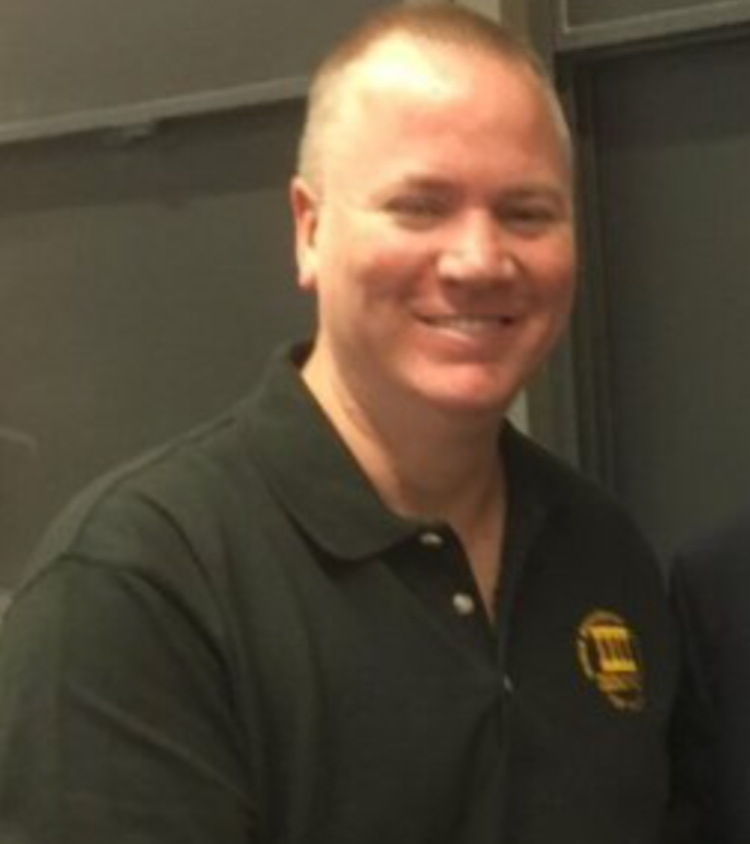 October 1, 2019 The Methuen Police Superior Officers Union has issued a public statement disputing public claims that there was sleight of hand or that two different contracts were used to deceive the city council. The claim is, one contract had “stacking language”  in it which grew the police salaries larger than the contract that […]