By Tom Duggan on July 5, 2006Comments Off on Actions Speak Louder Than Platitudes

Our Missing State Legislators When Northern Essex Needed Them 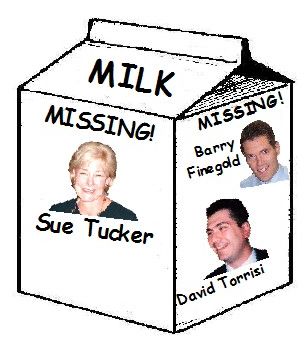 Every two years the voters of Lawrence have to endure the platitudes of politicians like Barry Finegold, Dave (Where-is-HE) Torrisi and State Senator Sue Tucker crowing about how they are “friends of higher education.”

And they always seem to work in the Lawrence Campus of Northern Essex Community College when making their self-serving political speeches, pointing out how “vital an educational institution like NECC is to Lawrence.”

But now we know how much they really care, because actions speak louder than platitudes.

In fact, the only state rep. who bothered to show up at all was Willie Lantigua, and because one of the other bidders was a “Latino,” he was actually there to oppose the $20 million NECC college expansion project.

So, while the “Latino Agenda” mob (including Julia Silverio and Nazario Ezquea) was hurling racial accusations at the college faculty Mayor Sullivan, and anyone who supported the college, the absence of Torrisi, Finegold and Tucker spoke volumes for their “commitment to higher education.”

What a difference the presence of Lawrence’s legislators could have made in both the tone and direction of those hearings before the city council. That is, had they bothered to show up! Instead they took a “behind the scenes” approach, sitting back while the circus like atmosphere nearly doomed the college project at the council level.

The Sullivan administration (as well as college officials) begged our legislators to write a letter, make a phone call or appear before the council to support Northern Essex.

So much for being “friends of higher education.”

What’s really funny is how Torrisi, Tucker and Finegold always show up for photo ops, ground breaking ceremonies and proclamations.

But, when it comes to actually doing something – like fighting for a $20 million college expansion project to revitalize downtown, Lawrence’s state legislators are, once again, nowhere to be found.

Sure, Torrisi, Finegold and Tucker can brag all they want about how they “fought” for NECC at the state level “behind the scenes.” They can hide behind the fact that they “helped” to get funding for the project as proof that they truly “care about the children” and higher education. But if the Lawrence City Council had listened to Councilor Nilka Alvarez (who did everything she could to stop the Northern Essex so she could favor a “Latino”) there would be no college project for them to fund.

That’s when Torrisi, Finegold and Tucker would have shrugged their shoulders and blamed Lawrence politicians for the failure of a great educational institution to secure the In-Town Mall for a $20 million Health and Technology center.

Despite the absence of Lawrence’s legislators at the city council level, the state’s $20 million college project was finally approved thanks to the brave maneuvering of Councilors Grisel Silva, Nunzio DiMarca and Patrick Blanchette.

And now that the project is officially approved, you can bet Torrisi, Lantigua, Finegold, Alvarez and Tucker will shamelessly show up at the ground-breaking ceremony, shovels in hand, mugging for the cameras and taking credit for the success of the project.

You can also bet that they will campaign on the success of this expansion project for years to come.

I only hope that Lawrence residents remember who was there to support Northern Essex Community College in their time of NEED, when they were getting hammered at the City Council hearings – and who was too busy with photo ops and press conferences “behind the scenes.”