By ValleyPatriot on January 6, 2023Comments Off on ‘Bill’s TV Talk Mailbag’ ~ TV TALK with BILL CUSHING 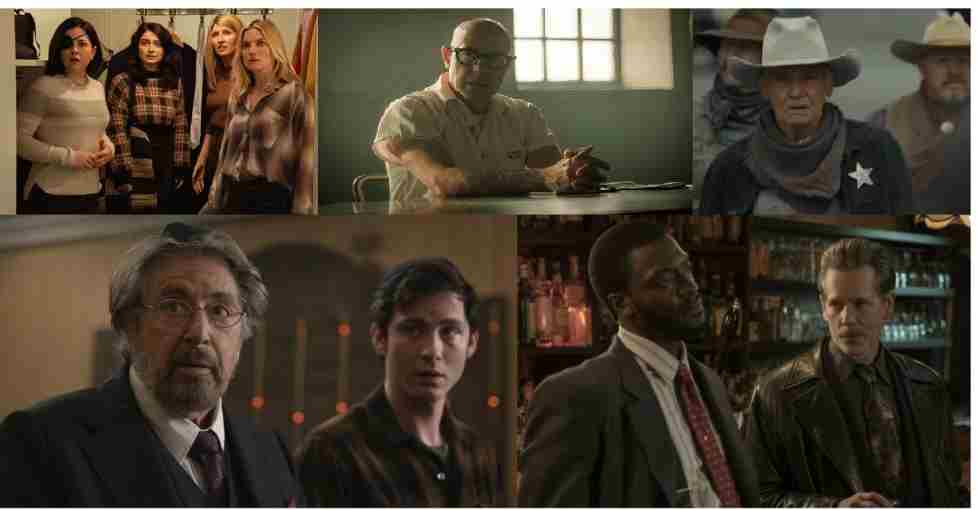 Hi Bill, I read your recent column about ‘Bad Sisters’ on AppleTV+ and watched it on your recommendation. I loved it. Are we going to see more of it, or was it just a limited series? – Julie from Dracut, MA

Thanks Julie, I’m glad you liked it. The show was originally intended as a limited series, but AppleTV+ has decided they want more of the Garvey sisters. They have renewed ‘Bad Sisters’ for a second season. We should expect new episodes sometime in the summer or fall of 2023.

We really enjoyed ‘Inside Man’ on Netflix. Stanley Tucci is one of our favorites. What are you hearing about another season? – Sam from Lawrence, MA

Sam, I really liked it as well. There’s been nothing official from the BBC or Netflix regarding a second season but judging by that post-credits scene in the finale, I would bet we’re going to see a second season. Stay tuned to my Facebook page for updates.

Hi Bill, I’m a longtime reader of your column. One of my favorite shows is ‘City on a Hill’ on Showtime. I loved the addition of Corbin Bernsen in Season 3, he made a really good villain. I’m excited to see where the series goes from here. Any scoop on it? – Richard from Salem, NH

I agree, the addition of Corbin Bernsen in the just completed 3rd season was a welcome one. Kevin Bacon’s Jackie needed a new villain to butt heads with, and it added a nice storyline to the series. Unfortunately, Showtime has decided not to renew the series for any further seasons, and the 3rd season was its last. There’s been no word on a possible wrap-up movie from Showtime, like they did with ‘Ray Donovan,’ but it’s certainly a possibility.

Bill, whatever happened to the series ‘Hunters’ on Amazon Prime? I would have thought that Al Pacino’s first TV series would have been much more popular. I expected to see more seasons of it. – Linda from Andover, MA

‘Hunters,’ the series about a group of people hunting Nazi’s in 1970’s America, debuted to a reasonable amount of buzz in February of 2020. Mostly due to legendary actor Al Pacino appearing in a starring role in his first TV series. The pandemic interfered with plans for a second season and the series was put on hold. However, things finally got on track, and the second and final season of ‘Hunters’ is slated to premiere in January. Based on some recently released photos from the new season, Pacino is returning for the final batch of episodes.

What are you hearing about the next installment in the ‘Yellowstone’ franchise? ‘1883’ was terrific and I’m really looking forward to seeing more of the story of the Dutton clan. – Kathy from Methuen

The next chapter in the ‘Yellowstone’ saga will be ‘1923’ (after being announced as ‘1932’ and undergoing a title change). Harrison Ford and Helen Mirren will star, along with Robert Patrick, Michelle Randolph, James Badge Dale, and Timothy Dalton.

It will premiere on December 18th, on Paramount Plus. Series creator Taylor Sheridan and Paramount Plus also just premiered ‘Tulsa King’ starring Sylvester Stallone (In his first foray into episodic TV) which is not part of the ‘Yellowstone’ franchise.

That’s all for this mailbag! Thanks for all the emails, and please keep them coming! I’ll be back next month with my list of my best shows of 2022. See you then!

If you have any questions about TV, you can email me at BillsTVTalk@gmail.com. I will answer all of your questions and will feature some of the questions I receive in a future Mailbag column. Follow me on Twitter and Instagram @BillsTVTalk and on Facebook at BillsTVTalk for daily up-to-the-minute TV news and discussion. ◊