By Tom Duggan on October 24, 2017Comments Off on BREAKING… Home Invasion in Methuen 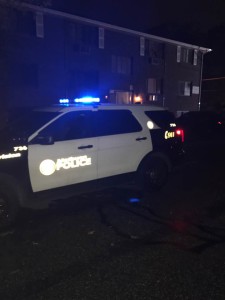 METHUEN – Methuen police responded to a home invasion on Grove Street after neighbors called saying that a woman and her son were at home when three men with ski masks kicked in the door and seized the apartment. The caller said there were shots fired in the apartment but that turned out to the sound of the doors being kicked in according to witnesses.

When police arrived they found that a home invasion occurred next door to a woman and her son. One person was in the apartment when three men invaded the home. Nothing was taken and the man had no injuries. 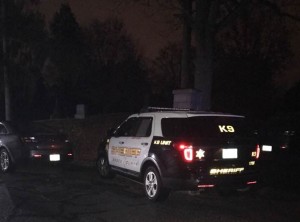 Police are waiting on crime scene investigators to process the apartment and calling for a K9 to search the apartment. Witnesses tell the Valley Patriot that the occupant of the apartment spoke no English but identified his attackers as “Hispanic” telling police through an interpreter that he could not understand the attacker’s demands because they only spoke in English.

Police are looking for a grey Honda with a primer colored front fender. It is an  older model Civic with three men who are armed and extremely dangerous.