VALLEY PATRIOT EDITORIAL   February, 2006 The owners and editors of The Valley Patriot signed the marriage petition to allow the voters of Massachusetts to vote on whether or not marriage should be defined as between a man and a woman. Decisions of this import and scope, impacting traditions that have stood for thousands of […]

It Used to be Called Treason 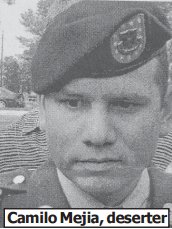 VALLEY PATRIOT EDITRIAL December, 2005 Each month the Valley Patriot honors Veterans of the U.S. military who fought for this country at great personal risk and tremendous personal sacrifice. Normally, we prefer to use the limited space within this newspaper to showcase the great bravery and selfless dedication our veterans have exhibited for the safety of our nation and the rest of […]

What the Numbers Really Mean

VALLEY PATRIOT EDITORIAL   October, 2005 Last month, the City of Lawrence held a preliminary municipal election for mayor, school committee and city council. Less than 20% of the 32,000 registered voters bothered to participate. With more than 70,000 people living in the city of Lawrence that means less than 9% of the population bothered […]

No More Excuses for Gaza

VALLEY PATRIOT EDITORIAL September, 2005 Amid much dissention and psychological trauma, Israel has withdrawn all Israeli settlers from Gaza. Regardless of debates concerning who lived in Gaza first, or who should be entitled to live there now, or whether withdrawal will reward the terrorists, Israel has chosen to pull out. Right, wrong or otherwise, Gaza […]

VALLEY PATRIOT EDITORIAL   August, 2005 You cannot put a price on democracy. Yet, the city of Methuen recently tried to cancel their preliminary election, officials said, because too few candidates took out nomination papers. Why have a preliminary election, they asked, and spend thousands of tax dollars when most races for mayor, school committee and city council are uncontested? […]

VALLEY PATRIOT EDITORIAL   July, 2005 In honor of the 4th of July and the birth of this great nation, we wave the American Flag high. We salute the flag and support the freedoms it stands for. It has been the practice of The Valley Patriot to honor our veterans each month with a feature […]

VALLEY PATRIOT EDITORIAL    July, 2005 In honor of the 4th of July and the birth of this great nation, we wave the American Flag high. We salute the flag and support the freedoms it stands for.  It has been the practice of The Valley Patriot to honor our veterans each month with a feature […]

VALLEY PATRIOT EDITORIAL   June, 2005 Teachers Union 10, Children and North Andover Taxpayers 0 Get ready for the hand wringing! Next spring you will hear about the massive cuts in services and the need to layoff approximately two-dozen of North Andover’s teaching staff. Intense pressure will be brought to bear on fire, police and public […]

Join the Heroes As They Gather

VALLEY PATRIOT EDITORIAL May, 2005 It is time for a reality check as our Town and City leaders wring their hands over budgets that don’t stretch to meet everyone’s expressed needs, and citizens grind their teeth because some service is slightly diminished.  But, we are not living in a time of deprivation. Quite the contrary, […]