By ValleyPatriot on February 23, 2014Comments Off on Computer Problems in the Veteran’s Administration 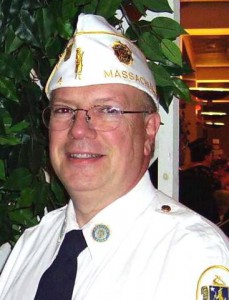 A software glitch allowed users to access one another’s private information. The government wants veterans to file online, but now there is a very real fear about security and identity theft. We put our faith in the government to keep our information and country secure. They need to do a better job!

Military retirees and active duty troops are concerned the pension cuts will be only the beginning of benefits erosion. There are a lot of efficiencies that can be made in the Defense Department, perhaps in the procurement arena. Balancing the budget on the backs of our veterans and active duty troops is not the way to go. As mentioned before, it just sends the wrong message.

Another area of concern is the level of unemployment among veterans. Government statistics show that 588 thousand veterans are unemployed. This number is expected to rise as personnel cuts begin in all the branches of military service. We must look to provide employment for our returning warriors.

There is a push for companies to reach out to veterans and get them into the civilian workforce. If you are an employer, I urge you to hire a veteran. They have a work ethic that is not always found in the general population.

I recently came across some interesting information from the Bureau of Labor Statistics. There were approximately 21,250,000 veterans alive this last December, down 26,000 from the month before. The veteran population is shrinking. The United States has lost over two-thirds of its veterans in the last fifty years.

Not surprising given the large numbers that served during World War II and Korea. It also means that there are fewer veterans serving as elected officials at all levels. There is not always an appreciation of the sacrifices that are necessary to protect our freedoms.

In the elections held last November there were a low number of voters who turned out. As an example, the turnout in Haverhill was less than twenty-five per cent. This coming November will be another election where we will be voting for state and national officials. It is an important election. No matter which party you favor, it is important to vote.

I will continue this message from now until November. Too many complain about both parties but do not vote. Way too many have paid the ultimate sacrifice and here we are, taking it all for granted. Pay attention, plan to vote.