STATEMENT BY WENDY MURPHY ATTORNEY FOR THE COX FAMILY 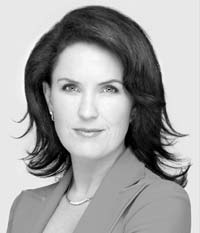 Silly claims meant to distract public attention and insulate the North Andover School District from shame will not be dignified. The statement of a police officer at the scene was provided in court and to North Andover school officials making it very clear that Erin Cox did not have even the “slightest” odor of alcohol, had not been drinking, had no intention of drinking and was at the party to help a friend. The response to this information, submitted in court by the school’s lawyer and told to the judge, with the school’s principal present, falsely claimed that Erin had been “arrested at the scene.” This lie has fueled retaliation and more lies and will be addressed in litigation.

The Cox family has been offered money and other support from people around the country. We have growing concerns that people may be using this case to exploit concerned citizens by asking them to donate money to the Cox family. We have been asking people responsible for such funds to stop using the Cox family inappropriately, and if people want to donate money, please donate to MADD or a charity of their choice that deals with issues related to drunk driving. We have requested no money, received no money, and want no money. The lawsuit planned against the school district, and those who lied, will be filed, as with most cases like this one, based on a contingency fee relationship between the Cox family and their attorney, which means they are not in need of any legal defense funds.

Attorney for the Cox family