By Tom Duggan on February 3, 2016Comments Off on Ethics Commission Accuses Stoughton Town Moderator Howard Hansen – Town Printing Done at His OWN Company 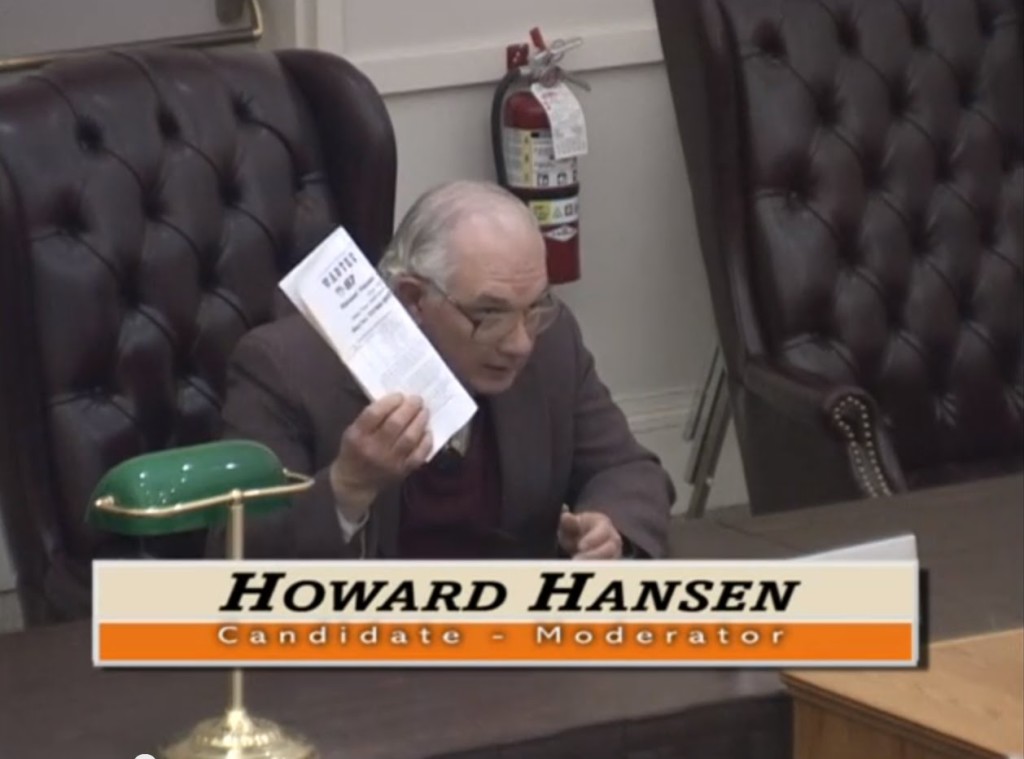 The Enforcement Division of the Massachusetts State Ethics Commission alleges that Howard Hansen, the Town of Moderator of Stoughton, violated G.L. c. 268A, the conflict of interest law, by directing Town printing business to his own printing company.

According to the allegation, Hansen has served as the elected, paid Town Moderator since about 1992.

Hansen is also the sole proprietor and owner of Hansen Brothers Printing, which has provided printing services to the Town since approximately 1968.

Between 2009 and 2014, Hansen, as Town Moderator, repeatedly contracted with Hansen Brothers Printing and/or himself to perform printing work for the Town.

Hansen did not obtain Town approval or obtain quotes from other potential printing vendors.

Hansen Brothers Printing and/or Hansen individually received a total of approximately $19,000 from the Town for printing work during this time.

Section 19 of the conflict of interest law prohibits a municipal employee from participating as such an employee in a particular matter in which, to his knowledge, he has a financial interest.

Section 20 of the law prohibits a municipal employee from having a financial interest in a contract made by a municipal agency of the same town.  Section 23(b)(2) (in effect prior to September 29, 2009) and 23(b)(2)(ii) (in effect after September 29, 2009),  both prohibit a municipal employee from knowingly, or with reason to know, using or attempting to use his official position to secure for himself unwarranted privileges or exemptions which are of substantial value and not properly available to similarly situated individuals.

Hansen repeatedly violated sections 23(b)(2) or 23(b)(2)(ii) by failing to seek competitive quotes for the printing work and by instead choosing to deal exclusively with his own company. As stated in the OTSC, “Other printing businesses could not seek to obtain this printing work because it was not advertised or put out to bid, and no quotes for the work were sought from other vendors.”

The Commission will schedule a hearing on the matter within 90 days.