By Tom Duggan on May 22, 2017Comments Off on FBI Offers $5,000 Reward for Fugitive Diego Barros Pires ~ ARMED AND DANGEROUS! 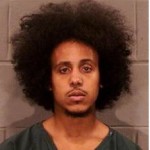 Aliases: Diego Pires, Diego Barros I Pires,
“Smurf”, “Do It” 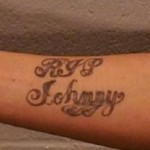 Diego Barros Pires, a known member of a violent Brockton street gang, is wanted for his alleged involvement in the kidnapping of one adult
and two minors in Brockton and Quincy, Massachusetts, on October 8, 2016. On March 22, 2017, a federal arest warrant was issued for Pires
in the United States District Court, District of Massachusetts, Boston, Massachusetts, after he was charged with kidnapping and aiding and
abetting.

On March 22, 2017, Diego Pires, also known as “Smurf” or “Do It” was indicted, along with three other associates, and an arrest warrant was issued out of U.S. District Court in Boston, Massachusetts. Pires was charged with kidnapping, and aiding and abetting. He is wanted for his alleged involvement in the kidnapping of one adult and two minors in Brockton and Quincy, Massachusetts. Pires is considered armed and dangerous. 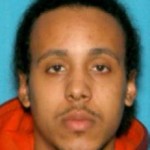 Pires is a 24-year-old Cape Verdean male who is a legal U.S. citizen, with black hair and brown eyes. He is 5’8” in height and weighs approximately 160 pounds. He last resided at 5 Madrid Square, Apartment 7, Brockton, Mass.

The FBI is currently offering a monetary reward of up to $5,000 for information leading to his location and arrest.

A wanted poster, including photographs of the subject and his tattoos, can be viewed and downloaded here.

Anyone with information regarding his current whereabouts should call the FBI Boston Division at 1-857-386-2000. Tips can also be electronically submitted at tips.fbi.gov.

“Mr. Pires is considered armed and dangerous and we believe he pos 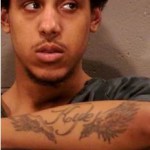 es a serious danger to the public. At this point in time, we’ve exhausted all investigative leads in locating him and we’re asking anyone with information about his whereabouts to contact law enforcement,” said Harold H. Shaw, Special Agent in Charge of the FBI Boston Division.

The FBI’s Southeastern Massachusetts Gang Task Force is composed of the following agencies: the FBI, the Massachusetts State Police, and Brockton Police Department.

FBI Offers $5,000 Reward for Fugitive Diego Barros Pires ~ ARMED AND DANGEROUS! added by Tom Duggan on May 22, 2017
View all posts by Tom Duggan →