By Christine Morabito on April 15, 2015Comments Off on From Syphilis to Global Warming in 500 Years 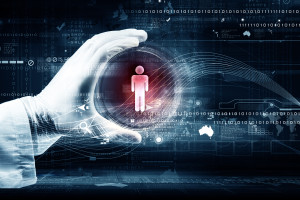 In the late fifteenth century, the cause of disease was still a mystery. Astrology, on the other hand, was “settled science.”

After much debate, a consensus was reached concerning the highly contagious sexually transmitted disease, called syphilis. The so-called French Disease arose from the conjunction of Saturn and Jupiter under the sign of Scorpio and the House of Mars, on November 25 1484. Scorpio “ruled the genitals,” or so it was believed. Luckily, scientific knowledge evolves over time, and syphilis was eventually linked to a bacteria and a promiscuous lifestyle.

There exists a truth about the natural world, independent of what the most brilliant among us think they know. The same must be true of man-made or anthropogenic global warming (AGW). How can we possibly know all there is to know about climate?

Change is essential to scientific theories. Consider how the once controversial theory of relativity completely redefined our reality. Much of what we know about science today was once believed to be impossible. Case in point: before 1900, the Milky Way was the only known galaxy.

Scientist and philosopher, Ludwik Fleck, in his book Genesis and Development of a Scientific Fact, theorized that scientific knowledge is inseparable from the societal norms, fears, and even the economy of the day. He describes a “thought collective,” wherein members develop a theory and then reinforce each others’ beliefs.

AGW alarmists personify such a thought collective, especially during the peer-review process. Peers who agree are published. Peers who disagree are ignored, ridiculed and even demonized.

Fleck illustrates what happens when a thought collective is challenged, recalling critics of Columbus: “Could anyone be mad enough to believe that there are antipodes; people … who walk with their legs sticking up and their heads hanging down? Is there really a region on earth … where trees grow downward, and where it rains, hails and snows upward? The delusion that the earth is round is the cause of this foolish fable.”

The following is from Science Wars: What Scientists Know and How They Know it – Scientific Knowledge as Social Construct:

“Scientists invent their problems or create their problems by defining, saying, ‘This is a problem that I’ve decided to work on.’ The scientific community determines what they like as a solution to that problem. If the scientific community says, ‘That’s a ridiculous solution,’ then at least for awhile, it isn’t going to be accepted. It took about six years, and some very heavy reputations reproducing his work, before Howard Temin’s claim that RNA could reproduce itself by connecting to DNA. … it sounded so crazy at the time, because in the mid-1960s, the prevailing dogma was that DNA information goes from DNA to the cell, but it does not go from the cell back to DNA. Yet here he’s claiming that the RNA can go back into the DNA and have itself replicated, which turns out to be the way the HIV virus works.

For years, Stanley Prusiner was mocked for his concept of prions, then all of a sudden it’s mad cow disease and he wins the Lasker Award ….”

Today we mock the claims that global warming will result in the collapse of civilization. David Viner, Climatic Research Unit, University of East Anglia, said in 2000: “Within a few years winter snowfall will become a very rare and exciting event. … Children just aren’t going to know what snow is.”

I’ll bet Boston area children know what snow is. In fact, some of this year’s record snowfall is still visible just outside their windows – in April, no less.

In 1990, Climate scientist, Michael Oppenheimer said: “By 1995, the greenhouse effect would be desolating the heartlands of North America and Eurasia with horrific drought, causing crop failures and food riots…” — Remember the food riots? Yeah, me neither.

Luckily for science, some of us have long memories. Prior to the warming, there was The Cooling, by Lowell Ponte. In his 1976 book, “This cooling has already killed hundreds of thousands of people. If it continues and no strong action is taken, it will cause world famine, world chaos and world war, and this could all come about before the year 2000.” – Same hysteria, different temperature.

Technology is a major driver of scientific knowledge. In 100 years – with faster computers, more powerful microscopes, telescopes and satellite equipment – what will scientists think of AGW – and our arrogance?

Speaking of arrogance, Joseph Stalin once tried to control the climate of Russia. The Stalin Plan for the Great Transformation of Nature, called for planting trees to warm the earth and eliminate drought. In the late 1940s, this passed as scientific theory.

Tragically, in the 1990s climate stopped being about science and became a political campaign. In 2009, there were 4 climate lobbyists for every member of Congress, an increase of 300 percent in 5 years. The global warming industry now employs tens of thousands of people.

Climate science is no more settled than when people believed genital warts came from the heavens above. Scientists have always argued over theories. In fact, to this day they can’t agree on what defines a species. But, if left to their own devices, they will sort it all out, without the need for radical, far-reaching policies based on hypothetical catastrophes.

Fifty years ago, President Dwight D. Eisenhower warned that public policy could become “the captive of a scientific-technological elite.” Consider it captured.

The Changing Climate of Global Warming

In Search of… The Coming Ice Age