By ValleyPatriot on April 2, 2017Comments Off on GENITALS DO NOT DEFINE US ~ YE GAY OL’ VALLEY 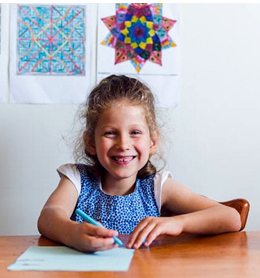 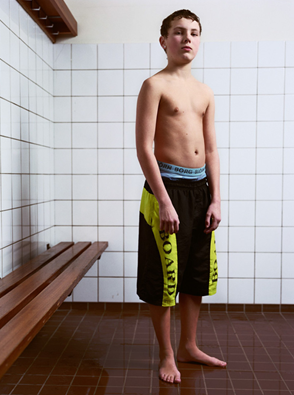 Take a good look at the pictures above.

When these children go to school or are out in public, what bathroom should they each use?

The picture on the left is that of a young trans boy who is now a girl. And, as you may have guessed, the picture on the right is of a young trans girl who is now a boy. Would you want the child on the left to enter a bathroom designated for males or the boy on the right entering one designated for females? People are not defined by their genitals. What defines all of us is not housed between our legs; it is housed between our ears.

We all have our own unique physical features that allow people to recognize us. We also have individual and unique personalities that define what type of person we are. Asking someone what does s/he look like is very different than asking someone what is s/he like. Case in point: As far as my personality goes, I’ve been told I’m funny, smart, passionate, impatient, stubborn, and driven. Physically, I’ve been described as short, cute, blond, brown-eyed, and athletic. Never once, however, has anyone ever said, “Oh, and she has a vagina.” Neither my physical features nor my personality were choices of mine. They were both biologically chosen for me. I’ve tried to be patient. It just makes me more impatient. I’ve tried to be less driven because it becomes overwhelming, but when I set a goal or see something that needs to be done, I can’t ignore it. I’ve even tried being straight, but that came to a heartbreaking end. My brain is wired in a way that is unique to me just as one side of my mouth is longer than the other and I have a birthmark on the right side of my face. New studies are showing that transgendered people are more biologically defined by the makeup of their brains rather than their genitalia, ie. gender identity vs. sexual orientation.

Katherine J. Wu a graduate student at Harvard University who is pursuing molecular and genetic research in medical microbiology says, “Transgender identity is independent of sexual orientation.” She goes on to discuss research that’s been conducted within the past twenty years by independent research teams studying the brains of transgendered people. “They examined a region of the brain called the bed nucleus of the stria terminalis (BSTc) in trans- and cisgender (heterosexual) men and women. The BSTc functions in anxiety, but is, on average, twice as large and twice as densely populated with cells in men compared to women.” The research teams discovered the same thing: the brains of transgender males (born biologically female) function more like heterosexual men’s brains and the brains of transgender females (born biologically male) function more like heterosexual women’s brains. “Male-to-female transgender women had a BSTc more closely resembling that of cisgender women than men in both size and cell density, and that female-to-male transgender men had BSTcs resembling cisgender men.”

To put it more simply, it is the brain that determines gender identity not a penis or vagina, not even chromosomes. Cisgender men and female-to-male transgender brains function like males. They think like males, identify as males, and act like males because, biologically speaking, they are males. They’re brain proves it. It is the same for cisgender women and male-to-female transgender brains. They are female because that’s how they are wired.

Getting back to those children in the pictures. It is estimated that there are 1.4 million transgender people in the U.S. alone. With Trump’s new executive order that reverses protection for them when it comes to bathrooms, we are now going to have 1.4 million people being forced to use bathrooms for the sexual orientation that they don’t think, feel, or even look like. In essence, that little girl on the top is going to have to go into the boy’s room at school and the men’s room in public places and the little boy on the bottom will be forced to go into the girl’s room at school and women’s rooms in public.

People cry wolf claiming this will increase sexual assault and give license to sexual predators. There is no statistical evidence of sexual assault by a transgender person in a bathroom-none! However, 70% of the transgender population has reported that they have been discriminated or assaulted when having to go into the bathroom of the sex that they do not identify. Take another good look at those children in the pictures again. If they were yours, where would you want them to go to the bathroom? Before you armchair quarterback or snap judge, educate yourself. Your ignorance could be incredibly damaging.

Dani Langevin is a teacher and has a Bachelors in Fine Art and Masters in Education. she has written four young adult novels, one of which is self-published. You can email Dani at dblangevin@aol.com