By ValleyPatriot on August 6, 2015Comments Off on Governor Should Direct Opioid Abuse Policy 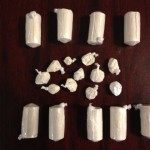 Our state is reeling from spiraling crises in opioid addiction and the newest statistics confirm the need for a coordinated policy response from the Governor’s office. The state Department of Public Health revealed the depth of the crises by reporting 1,008 overdose deaths in 2014 which compares drastically to the 668 deaths reported in 2012- up 51%; and an increase of 4.2% over 2013 with 967 deaths. Heroin is the leading culprit but there are a myriad of opioids of dangerous concoctions, many created by enterprising drug traffickers and dealers. Essex County is the epicenter for Eastern Massachusetts at 146 overdose deaths in 2014, with Haverhill and Lynn bearing the sad distinction of sponsoring a significant number of these.

The current interventions by police departments, District Attorney’s office, treatment centers, advocacy groups, non-profits and churches is commendable but in the aggregate they produce an uncoordinated response that is not producing at least a slowing of the incidents of deaths and overdoses, let alone a reversal. The reason for this is that there are various philosophies in play and a lack of concentrated resources and direction to eradicate the problem adequately.

District Attorney Blodgett recently revealed in a statement that he is a proponent of drug diversion, drug courts which offer the reprieve of treatment instead of prosecution and more comprehensive sentences for traffickers and dealers. However, many police departments pursue a more parochial policy of pursuing aggressive enforcement actions to dislodge the problem from within their own city or town borders. Many proclaim at news conferences that “drug dealers are not welcome in our community “. Therefore, the result is that that both dealers and abusers are pushed away to ply their trade in communities with weaker enforcement capability. This might help the statistic of a city or town but not the overall statistics in our state. In the aggregate, the suffering is still a measurable tragedy. Furthermore, a proliferation of advocates, non-profits and intervention services pursue their own policies that range from a humanitarian outreach to limited interventions that are aimed to help many, but not many are helped completely. The typical scenario is that many Detox centers dispatch a patient after only a week and without equipping that individual to pursue a life without reliance on drugs long-term.

Our governor possesses the skills, leadership style and network of policy makers and service providers that could develop a comprehensive and coordinated standard for ensuring strong enforcement, justice and intervention capabilities that are aimed at eradicating the problem comprehensively. The overall goal is that no community should suffer the consequences of this scourge because they lack the resources that other surrounding communities may have. At the minimum, an emergency panel to review current policies, and funding mechanisms and program goals should be convened not dissimilar – in format – to the group that successfully identified the problems at the MBTA. Secondly, whether the initial report produces the need for creation of a new authority with over-reaching powers such as a Massachusetts Drug Czar or, more likely, legislation that establishes and requires localized adoption of best practices, the impact will likely produce tangible results over time.

And even though those results are simple to understand, they will be difficult to realize; but we have no recourse but to try. We owe it to those in the throes of addiction to be provided clear pathways for recovery and productive, re-assimilation into society. And we need to be more consistent in extracting through the criminal justice system abusers, dealers and traffickers who can be rehabilitated. Finally, those who fan the fires of destruction by profiting from the drug trade must be removed from our streets and neighborhoods.