By ValleyPatriot on July 29, 2013Comments Off on HERO IN Our Midst: 2nd Lt WALTER R. HEDLUND, US ARMY, WWII 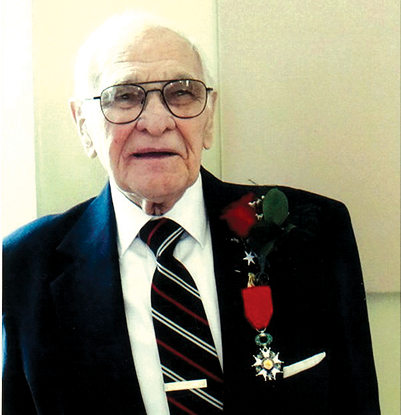 “The first assault wave, our own 116th Regiment, was slaughtered by the Germans. They never got beyond the beach,” said the Lowell-born native now living in Chelmsford.

“When we waded ashore through chest-high surf, the beach was lined with the dead, the wounded, and floating vehicles. There was mass confusion. We had to go through them—unable to stop and help—because we had to get off that beach, climb steep cliffs, and secure the beach. That was our mission. The wounded urged us on, shouting, ‘Keep going! Keep going!’

“Continuous fire pounded us. From above, German aircraft strafed us. From the cliff tops, enemy machine guns shelled us. As we inched forward through the sand dunes, land mines exploded. We didn’t get very far. The night of June 6th we were still on the beach. I was on the front line, just on top of the ridge. I could have thrown a rock into the ocean.”

Walter led a 40-man platoon, of whom all but four were lost. “Some of my men froze-only 17, 18, 19-year olds, with very little training. I’m alive today because of my Ranger training with the British Commandos.”

“In war, kill—or be killed”

“You either kill—or be killed! Make up your mind.”

This was the mindset instilled by the British Commandos, the elite shock troops known for their daring exploits of stealth behind enemy lines. Walter Hedlund was one of a highly select group who trained with the Commandos for three months at a secret mountain base in the Highlands of Scotland, and then served with the No. 10 Commandos for another three. He trained at zero-degree temperatures, stripped to the waist. He became skilled in surprise attacks by night, infiltrating deep behind enemy lines on foot. He became expert at amphibious landings, climbing sheer cliffs and mountains, surviving combat unarmed. He developed endurance through 25-mile speed marches, alternately running then walking. 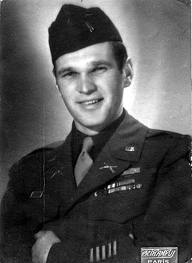 “By night we sailed on dangerous reconnaissance raids from Dover, England, to the shores of German-occupied France. We didn’t know it then but we were gathering data for the D-Day invasion. One night we were sent to bring back beach sand. The purpose: to learn if the beach could support heavy tanks.”

“We were not prepared for the hedgerows of Normandy—4 to 6-foot high mounds of dirt covered on top with heavy hedges that marked farmland boundaries. Their unusual height didn’t show up in aerial reconnaissance photos, yet they formed an impenetrable barrier. We could not go through them but had to climb over them—something no tank could do without exposing its unarmored belly to gunfire.

“At the top of the hedgerows, German machine guns lay hidden. Through the only opening, an invisible gap at the top, the Germans fired at us. We never saw them.”

“In a few weeks, we solved the problem. We welded two iron prongs to the front end of a Sherman tank, drove the tank into the hedgerows. Dynamite blasted the hedgerows wide open.”

After six weeks of continuous combat, the 29th advanced from Omaha Beach through the hedgerows to Saint-Lo, a critical crossroads city, which they secured July 18, 1944.

During July and August 1944, Walter Hedlund was wounded three times. The first two times at Saint-Lo and its general environs. Both times he was sent to a field hospital. Both times he “got bored,” slipped out of bed and walked away, rejoining his company. 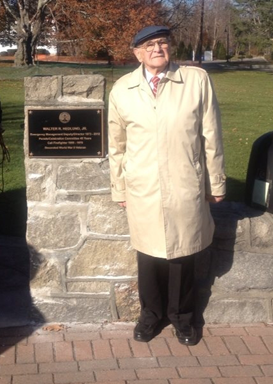 The third time, he was wounded severely in a fierce battle against a garrison of Nazi fanatics at Brest, France. He was shipped to a hospital in England where he spent nearly four months, nearly losing a leg to gangrene. “Major Green saved my leg. I’ll always remember him.” On release, he rejoined his company in western Germany in their assault across the Roer River and the drive toward the Rhine.

On the morning of August 26, 1944, Company I, 115th Regiment, attacked the German garrison on Hill 81, near Brest, an important French port and submarine pen on the Brittany peninsular. It was heavily defended by a garrison of 50,000 German troops. “But first we had to cross an open field and a big ravine, continuously raked by German machine guns.”

Walter led his platoon of 40 men to spearhead the attack. In lead position, he was pinned down at the ravine. “My radio stopped working. So I made my way back to the rest of the company to make communications.” Finding his commander severely wounded and unable to lead, Walter immediately took command.

The official report states: “In the midst of fierce enemy fire and mass confusion, he reorganized the company, arranged for a field artillery unit to provide white smoke barrage so his platoon could withdraw safely, then established defensive lines that withstood the very powerful German thrust. His leadership and bravery were nothing short of sensational under extremely confusing circumstances. So outstanding was his leadership that he was left in command until wounded in action two days later.”

For his action on Hill 81, Walter Hedlund received the Silver Star and the rare, highly coveted Battlefield Commission to 2nd Lieutenant. He was recommended for a Medal of Honor.

After returning to Company I, in January 1945, Walter took part in the 29th Division’s daring frontal assault across the swollen Roer (Ruhr) River February 23, 1945—and capture of the key fortress city of Julich, Germany. Crossing the Roer was crucial in the drive toward Germany’s Rhine River. But when the Germans opened the dams and flooded the valley, crossing the Roer became a violent struggle against both German troops and the turbulence of the swift, strong current. 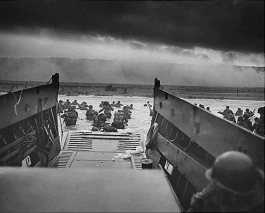 Less than an hour after the Germans had launched their deadly night barrage of machine gun and mortar fire, assault boats and amphibious tractors began crossing in a great wave.

Once again, when his CO was wounded, Walter Hedlund took command. He was awarded a second Bronze Star for his outstanding valor in securing the bridgehead and for his “high standards of initiative and leadership” in organizing and deploying troops as they reached the enemy side.

Before the Army, Walter had preached a few sermons at his Baptist Church in Lowell and, throughout WWII, he carried a pocket New Testament. During 60 years as a funeral director in Lowell, he conducted many services and became widely known for his compassion. The Greater Lowell Salvation Army honored him with the “Exceptional Service Award” plaque (37 years of service), as did the Greater Lowell American Red Cross (40 years). Chelmsford erected a plaque in the town center, by the flagpole, for his dedicated service as Homeland Security Director (1973-2012), director of patriotic parades and celebrations (45 years), and volunteer firefighter (1955-1970).

Walter’s guiding philosophy is: “J-O-Y. ‘J’—Jesus is first; Jesus guides me through prayer. ‘O’—others; ‘Do unto others as you would have them do unto you.’ ‘Y’—put yourself last.” A true servant-leader, he exemplifies “the joy of the Lord is your strength” (Nehemiah 8:10).

Walter Hedlund for all you have done for our community and our country, thank you for being a Hero in our Midst.