By ValleyPatriot on May 1, 2015Comments Off on How You are You? ~ TEEN TALK 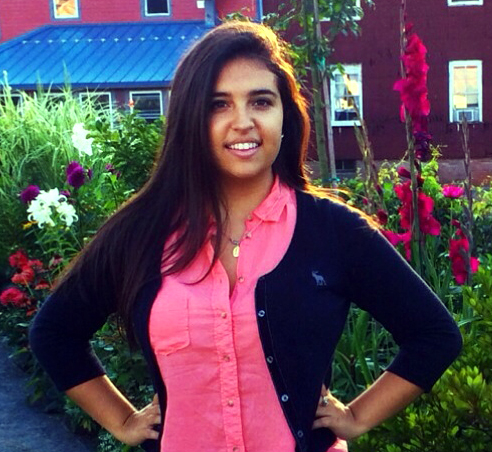 I’m pretty sure I’ve mentioned before in my columns that my sister and I are extremely close. Although it’s a bit difficult to do now since she’s in Italy for the spring semester (not to mention the six hour time difference), we tend to have daily heart-to-hearts in which we discuss the matters of life, ranging from boy troubles to fashion advice. I specifically remember a conversation we had the night before she left for Italy. We were lying in bed, trying to soak in every last minute before she disappeared for five months.

She turned to me and said, “You know what I think about all the time? How lucky we are to be Hispanic. Do you know how helpful it’s been to know Spanish and to be in touch with our family in Paraguay? It’s almost as if we get to live two lives for the price of one.” I immediately agreed because I have mulled over this thought many times.

Honestly, this IS something I think about quite often. When I took Latin for three years in middle school, I definitely benefitted from being able to speak Spanish. Traveling to different countries and having a deeper appreciation for their culture and language can only be attributed to the fact that I identify with two cultures myself. Being able to visit hundreds of relatives in Paraguay and communicate with people across the globe are just two more perks of being Latina. Having been exposed to Latin music, Latin American customs, and (my favorite) Hispanic foods from a young age, I have had unique experiences that many of my friends can’t claim. I am open to learning more things, exploring different places, and going on new adventures. I think about how boring life might have been had I not been born to a Hispanic family. No disrespect to non-Latino families, but I have grown accustomed to this certain way of life and all the things that the “Latina Package” encompasses. I could not imagine my life any other way.

Whenever I’m out with my friends and we happen to pass some Spanish-speakers, I always feel a strong sense of pride when they ask me to translate or to communicate with the “people speaking my native tongue.” I realize that this pride is not exclusively a Hispanic trait; rather it’s a feeling that is harbored by every patriotic citizen, regardless of nationality. I think it’s extremely important to stay in touch with your culture and appreciate every part of your background, because it’s part of what makes you “YOU-nique”.

People often marvel at the fact that no two snowflakes are exactly alike, but isn’t it the same with people? Even if you have an identical twin, you are not the same. You might share similar interests but the person you eventually marry won’t be marrying your twin, they’ll be marrying you! So why try to blend in with the crowds or get lost in a pattern of uniformity? Embrace every aspect of you and be proud of it all, because: “Today you are you, that is truer than true. There is no one alive who is you-er than you!” -Dr. Seuss