By ValleyPatriot on April 1, 2021Comments Off on Jack Garvin – US Army, Massachusetts State Police ~ HERO IN OUR MIDST, VALLEY PATRIOT OF THE MONTH 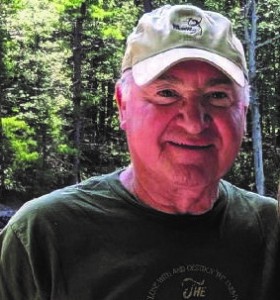 North Andover’s Jack Garvin graduated from North Andover High, where he played football and captained the track team. He also served on the student council. Later, he attended Northern Essex Community College. After graduating from Northern Essex, he was drafted into the US Army, during the Vietnam War.

He completed both Basic and Advanced training with the US Army at Fort Gordon, Georgia. The Fort Gordon Army schools taught him the skills needed to serve as an infantry specialist with an expertise in employing recoilless rifles. This training included both the individual 90 mm recoilless rifle and the jeep or armored personnel carrier mounted 106 mm recoilless rifle. He was then sent to Vietnam after completing his training. Upon his arrival in Vietnam, he was assigned to Alpha Company, 3rd Battalion of the 7th Infantry of the 199th Light Infantry Brigade. The unit he was assigned to did not have any recoilless rifles in its arsenal, so he was redesignated as an infantryman, rifleman. His MOS was changed from 11H to 11B. The 199th Infantry Brigade was based out of Long Binh, north of Saigon. His first area of operations was in the southern part of the country, the Mekong Delta, before moving to areas north and northwest of Long Binh.

After approximately five months, he was transferred to Echo Company of the 3/7th of the 199th, when the unit had received a jeep mounted 106 mm recoilless rifle. This was a four-man vehicle, Jack was designated as the gunner. He remained there for a few months, until he was transferred to a different job in Echo Company changing his MOS to 11F. He joined the reconnaissance platoon for the last few months of his tour of duty. His awards while in Vietnam include the Purple Heart, two Bronze Stars for Valor, two Air Medals, the Combat Infantry Badge, the Vietnamese Cross of Gallantry issued by the Vietnam government as well as other awards.

Upon arriving back in the states with the rank of Sergeant, he was stationed at Fort Dix as a drill instructor for the remainder of his service. Upon leaving the army, Garvin attended Merrimack College and Salem State College on the G.I. Bill, studying, while working. He took the State Police exam and entered the 58th recruit training troop in 1974.

After graduation he was assigned to the State Police barracks in Concord. During the week of his graduation school busing was initiated in the Boston Public schools. The senior trooper who was assigned to break him in, was assigned to the Tactical team, and so Jack was also assigned to the tactical team during and after his “break-in” period. Jack said of the experience; “That was quite a learning experience for me. Off and on I spent about 2 ½ years in Boston in the schools and protecting the children on bus routes leading to South Boston High School and the Gavin Middle School”.

Jack Garvin spent over 33 years with the State Police and retired at the end of 2007, with the rank of Detective Lieutenant. During that time, he had been stationed in Concord for five years, Andover for five years, the Essex County District Attorney’s office for nineteen years as a supervisor and five years as the commanding officer of the certification (background investigations) unit. While in the District Attorney’s office he was involved in the investigation of over 150 homicides, as well as many other major crimes, including fugitive apprehensions.

When he retired from the State Police after serving three decades, he became a licensed private, investigator working with many former assistant District Attorneys who were now in private practice mainly doing civil investigations as well as some workman’s comp cases. He and his wife Susan enjoy travelling, including going to Ireland, England, and Scotland several times, as well as spending time at their place at Salisbury Beach. They have three children, Kate, Mike, and Julie and five grandchildren.
Author’s Note: MOS stands for Military Occupational Specialty. Jack Garvin’s were 11B Infantryman or Rifleman, 11H Infantryman, Infantry Direct Fire Crewman, and 11F Infantry, Operations, and Intelligence Specialist.