By Tom Duggan on June 10, 2018Comments Off on Lawrence Firefighters Local 146 Endorse Vega for Registry of Deeds 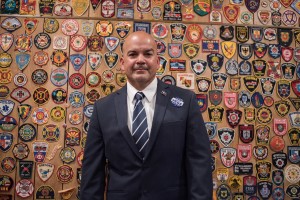 Last month, Vega was endorsed by the Laborers’ International Union of North America Building Wreckers Local #1421 and the United Puerto Rican Political Action Committee (UPR-PAC).
“I am honored to have gained the support of the Lawrence Firefighters Union, the Building Wrecker’s and the UPR-PAC, but their support tells me something specific” said Alex Vega.
“Their support tells me that change is needed in the Registry of Deeds. Our unions, just like our citizens, have been underrepresented for far too long. I will work hard every day to ensure our community knows all of the resources and tools available to them while working to make the Office of the Registrar a 21st century office- and I plan to do it full time, not in between errands.”