By Tom Duggan on March 6, 2004Comments Off on Marcos Devers Has it Right More Speech is Always Better – Paying Attention! with Tom Duggan 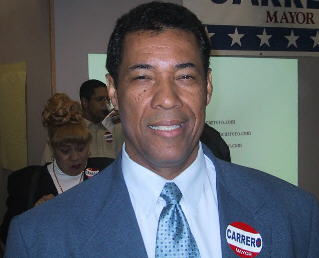 When Lawrence City Councilor Marcos Devers was council president (2001-2003) there were no limits on discussion. Members of the public and fellow councilors had no limit on debate as long as the topic was on the agenda.

Devers had a basic philosophy that his fellow councilors would be wise to adopt; more speech is always better. Unfortunately, the Lawrence City Council is now entertaining a proposal to limit discussion and debate on all issues, relevant or not.

Sure it may be inconvenient when the public or even fellow councilors abuse their right of free speech. But to put an arbitrary time limit on all debate stifles legitimate discussion and ties the hands of the council president when issues like the city budget, for example, warrant an evening long debate.

It is true that during Devers’ tenure as Council President some councilors made campaign speeches knowing that the meetings were being televised on government access channel 22. It is also true that some councilor would drone on and on, repeating themselves ad-nauseam, resulting in very long meetings, sometimes lasting until 1 or 2am.

But, the council president always had the right to cut off debate. The fact that Devers chose not to, or that future presidents may be afraid to, is no reason to set a policy limiting debate or discussion on important city matters at a government meeting.

City Council meetings are not supposed to be structured for the convenience of the councilors.

Marcos Devers understands that and publicly opposes the policy to cut off speakers who might have more to say. Given the history of back room deals and last minute changes made to public proposals before a vote, the result of such speech limits would be chilling.

But Devers seems to be a lone voice in the wilderness on this issue. At last count, the proposal submitted by newly elected City Councilor Israel Reyes seems to have the support of the majority of the council.

While it is understandable for councilors to try and move the meetings along, putting a time limit on all debate, legitimate or not, flies in the face of everything this country stands for.

There is no need for this kind of proposal. The Council president simply needs the courage to use his gavel when the situation warrants. If his fellow councilors disagree with his ruling they can always challenge him and vote to overrule. That is, unless that kind of speech is limited next.