By Tom Duggan on February 22, 2016Comments Off on Mass. Republican Assembly Endorses Grayton for State Committee Questions Character of Toohey

Daniel Grayton is running for an open seat on the Republican State Committee. His opponent, Shaun Toohey of Haverhill, is a former school committee member. He has declined to sign the reform pledge.

As an organization committed to fiscal responsibility, MARA is also concerned about media reports from 2014 regarding Toohey’s failure to pay taxes. A lien was placed on his home, pending payment of back income taxes. 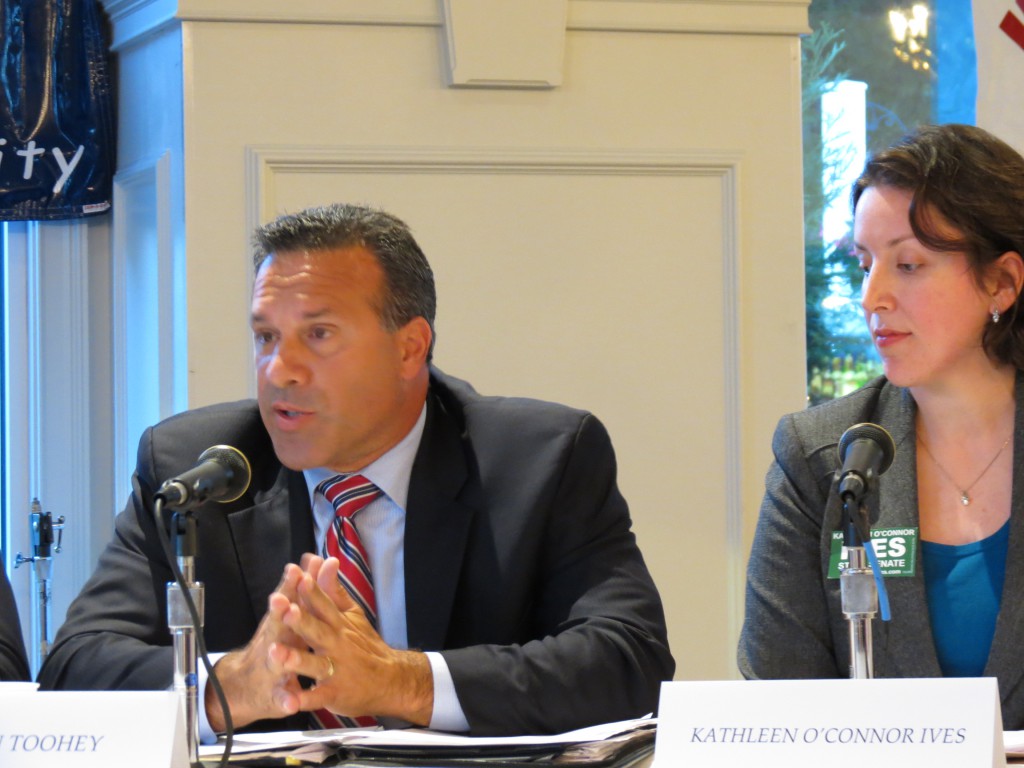 MARA is also concerned that Toohey had spent a number of years working as a male stripper, and described himself as “proud” of the work, as reported extensively in the Eagle Tribune newspaper.

Toohey was Once a Male Stripper

“We believe that individuals of high moral character should be chosen by the voters to serve on the Republican State Committee,” opined Mary Lou Daxland, President of the Republican Assembly. “Already the state committee is under a cloud after settling for hundreds of thousands of dollars with former gubernatorial candidate Mark Fisher due to improprieties at our 2014 state convention. Voters should pass on Shaun Toohey due to his own prior scandals.”

Toohey has been endorsed by the Baker-Polito administration. As such, MARA is concerned that should he be elected, Toohey will be focused only on the needs and wishes of the Governor’s office, rather than focusing on the Party as a whole, to build Republican Town Committees, recruit candidates, and promote issues of importance to the grassroots

MARA poses the question: What will Shaun Toohey do when faced with a choice of what is good for the district and the wishes of Republican voters in the district v. what is asked of him by the Governors’ office? Will he be an independent voice, or do what he is told?

MARA encourages the media to pose these questions of Toohey.