By Tom Duggan on May 1, 2013Comments Off on Methuen Police Arrest High School Student on Terrorism Charges

“He posted a threat in the form of  rap where he mentioned the White House, the Boston Marathon bombing, and said ‘everybody you will see what I am going to do, kill people.”

Superintendent of Schools Judy Scannell said that the student was not in school today, but that a student at Methuen High School saw the posting on Facebook and notified the school administration who notified police.

“Once again we have to commend the Methuen High School Student who came forward, we always say, if you see something, say something, and that’s what this student did. We also want to commend the school safety officers and the administration for bringing this to our attention immediately. Threats of this kind of violence is unacceptable and will not be tolerated, not in Methuen they won’t.” 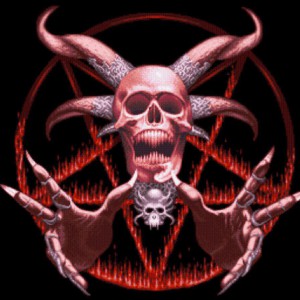 The police chief says that D’Ambrosio faces up to 20 years for felony charges of communicating terrorist threats under MGL. Ch. 269, Section 14.  Bail has been set at $1MIL.

D’Ambrosio lives on Glenn Avenue in Methuen and was arrested on Pleasant Street near Highland.

“I do want to make clear he did not make a specific threat against the school or any particular individuals but he did threaten to kill a bunch of people and specifically mentioned the Boston Marathon and the White House. The threat was disturbing enough for us to act and I think our officers did the right thing.”

D’Ambrosio will be arraigned  Thursday morning in Lawrence District Court.

D’Ambrosio also had disturbing photos and posts on his Facebook page including “Fuck politics, Fuck Obama and Fuck the government!!”

He also had a “disturbing satanic photo posted as well as a photo of himself on a “Wanted Poster” that reads “Wanted Dead or Alive” a quick perusal of his Facebook page shows D’Ambrosio’s unusual interest in gangs, violence and a criminal lifestyle.

D’Ambrosio also has a Youtube page where he raps about “living in da hood” in Methuen.

The Valley Patriot will update this story as more information becomes available.