By ValleyPatriot on April 28, 2015Comments Off on Methuen Pride Shows in Behavior and Displays 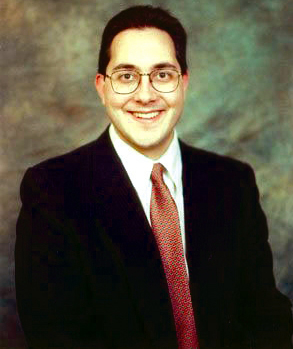 Methuen residents have much to be grateful for with members of the City Council working in conjunction with members of the Methuen Athletic Awareness Association to formulate a plan to renovate the Methuen High Stadium within the existing City Budget. At the same time, students in the graduating Class of 2015 have shown real class, patience, and Methuen Pride during the Methuen High renovations and the subsequent temporary removal of the sports teams banners in the Field House.

Several parents have contacted me regarding the removal of high school sports banners in the Field House. I have been assured by Methuen High Principal Jim Giuca that the banners are being condensed and will be re-displayed shortly. I made it clear to Principal Giuca that this needs to happen sooner rather than later since the coming renovations and upcoming Graduation have made promoting and displaying “Methuen Pride” more important than ever. Hopefully these banners will be flying again soon!

After meeting with the Teachers Union and some of the other Collective Bargaining Units in Methuen Public Schools, Superintendent Judy Scannell informed members of the Methuen School Committee that it has been agreed that no holidays or vacations will be cancelled this school year and no Saturday makeup sessions will be held. As a result, the 2014-2015 school year will end on Friday, June 26th. In the future, beginning with the 2015-2016 school year, members of the Methuen School Committee unanimously agreed that school will begin before Labor Day when the holiday falls after the first few days of September (Labor Day is Monday, September 7th in 2015). Superintendent Judy Scannell has worked with her Administrative Team to come up with several calendar options that allow for a Pre-Labor Day start of school. Currently, parents, teachers, support staff, and students are being surveyed prior to the School Committee voting on a final calendar for 2015-2016.

Graduation for Methuen High School seniors has been set for Saturday, June 6th at 10:00AM at the Tsongas Arena in Lowell. Prior to scheduling this site, students and parents were surveyed and the Tsongas Arena was top choice given that Stadium renovation project will be underway thus preventing the graduation ceremony from being held in Methuen. The Methuen Athletic Awareness Association will be donating $4,000 towards graduation costs and the City of Methuen will be contributing $3,000 towards these costs. As a result, parking will be free of charge for students and parents attending the graduation ceremony. A special thank you to Steve Saba, President of the Methuen Athletic Awareness Association, and Mayor Steve Zanni for arranging these donations to cover graduation costs for Methuen seniors.

I am pleased to announce that the Policy Subcommittee, which I Chair for the Methuen School Committee, recently completed reviewing and revising School District Policies for Methuen. This process took about 3 months. Some of these policies had not been reviewed or updated since the early 1980’s. The Policy Subcommittee has submitted its recommended changes to the full Methuen School Committee for review and approval. Once approved, Methuen Public Schools will have an updated and revised Policy Book that is in compliance with current laws and regulations as well as in sync with current practices within the District. A special thank you to Committeeman Bob Vogler, Superintendent Judy Scannell, and Executive Secretary Dodie Runge for their help and assistance with this important task.

This has been made possible by MCAS, which despite its flaws is a more higher-stakes test than PARCC. I want to express my support for a letter recently sent by Mayor Steve Zanni on March 11th to Governor Charlie Baker in support of the current MCAS Test. Mayor Zanni writes, “I am writing to give you full support in favor of MCAS testing in the Commonwealth of Massachusetts. Your office’s investment and interest in education is very much in line with our goals and objectives here in the City of Methuen, MA. In my opinion, MCAS testing has become a valuable measuring stick for our educators, schools, and students.”

He adds, “I absolutely endorse the use of MCAS testing and support all of your efforts and your initiatives in this area. On behalf of the Methuen School Committee, we truly appreciate all of your consideration and work on this matter.” I could not agree more with the Mayor on this. I have signed on to his letter. Last June, I co-sponsored a motion to reject Common Core PARCC testing and to continue administering MCAS for all Methuen School students through 2015. The School Committee unanimously approved this motion, which was supported by Superintendent Judy Scannell. We believe that the MCAS test has raised the standards for all students in our schools and that additional testing at this time would impose an unnecessary burden on our students. It is my hope that the Massachusetts will not adopt the new PARCC testing and withdraw from Common Core.