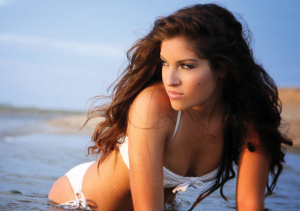 Methuen’s Brittany Baldi has moved to Los Angeles, California to expand her career in the entertainment industry. Baldi says she loves working in Boston and will probably be back someday, but added that she needed a change of pace. As anyone who has followed her TV, radio and movie career, Brittany’s pace is a lot more fast and furious than most people you have ever met.

“The reason I moved to California is because I felt like I needed to get away,” she told The Valley Patriot last month.
“I love Boston, but I just felt I needed new opportunities. I’m always on the go, I don’t like to stop, and I think I needed to be around people more like myself, people immersed in the entertainment industry 24-7 like they are here in Studio City.”

Baldi says that no matter where she goes, even outside the studio, she runs into people that are involved in television, movies, music, and other entertainment professions.

“You can learn something from everyone,” she said. “Everyone out here is either in the business or knows someone in the business and it’s all about networking. Finding people with similar interests, people who have different experiences you can draw from.”

THE CHALLENGE – BATTLE OF THE EXES II

With all of the shows and projects Brittany is involved in, somehow she was able to land another new show called “The Challenge, Battle of the Exes II” which debuts on Tuesday, January 6th on MTV at 11pm.

“The Challenge” is a reality show that takes former lovers from other reality shows and runs them through a series of physical challenges as allies on the same team. The last three teams standing get prize money for 1st, 2nd and 3rd place from a $350,000 prize pool.

We asked Brit to tell us what was going to happen on the show, but she was very tight lipped about what they had already filmed.

“Sometimes people ask why we can’t talk about everything when it comes to TV shows before they debut. Under contract we are supposed to let the viewers find out what’s happening. If you know all about what’s going to happen in a movie from a movie trailer why would you bother to watch it? But, I can tell you it was filmed in Central America, in Panama actually.”

The relationship between Brittany and Adam, (her ex -boyfriend from the MTV reality series “Are You the One)” did not end well. Brittany would not talk about whether or not competing with Adam as her teammate factored into some of the challenges. “You will just have to watch it and find out for yourselves.”

Brittany is also involved in a new television show called “Redneck Island AfterBuzz TV AfterShow,”. It is a talk show format similar to “The Talking Dead” (A discussion show after the TV Series Walking Dead) where she and other cast members talk about and analyze other television shows and interview cast members.

“It doesn’t feel like work because it’s a really fun show. It’s a lot of fun to work with so many talented people. I really look at every job as an opportunity to learn more, learn how to be better and meet other talented people I can learn from.”

Baldi says that on top of the AfterBuzz show, she has many other projects in the works.

“My roommate Ryan Malaty and I are going to be working on a new YouTube series called ‘Still Single’”.

“It will be a show where we talk about and debate why we are still single, why standards are so high today, and advice about single life. I think young people can learn a lot from people who have been single for a long time. I am still single,” she admits laughing, “a lot of people think I am dating cast members from the TV show but I’m not, I’m just having fun and trying to focus on my career.”

Brittany said they start filming that project in early January.

Because Brittany’s new show “The Challenge” debuted on the day we went to print we were not able to preview the first episode but will do so in part II next month.