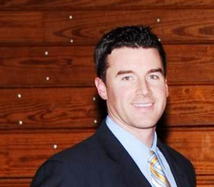 Last week a parent complained to the MIAA that coach Tanglis had violated MIAA Rule 40 when it was learned that he played pre-season pickup games at the North Andover Youth Center at the same time his players were also at the youth center gym. 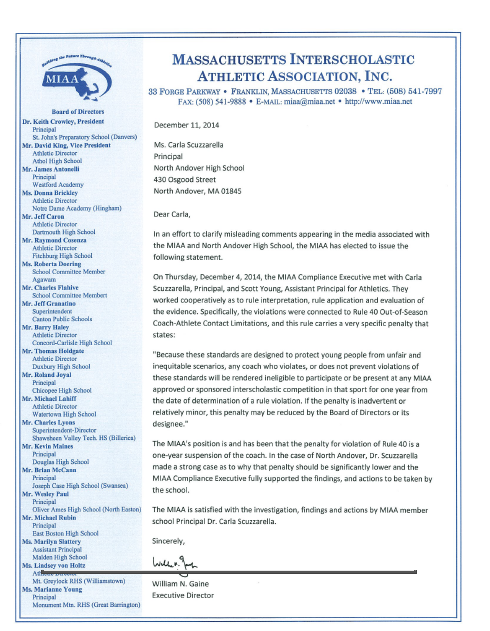 “In an effort to clarify misleading comments appearing in the media associated with the MIAA and North Andover High School, the MIAA has elected to issue the following statement,” the MIAA release says.

William Gaine, Executive Director of the MIAA says in his letter that Principal Scuzzarella had the option to suspend Tanglis for a year but argued a more lenient penalty for the basketball coach as the violation of MIAA Rule 40 was minor.

“The MIAA’s position is and has been that the penalty for violation of Rule 40 is a one-year suspension of the coach. In the case of North Andover, Dr. Scuzzarella made a strong case as to why that penalty should be significantly lower and the MIAA Compliance Executive fully supported the findings, and actions to be taken by the school.”

“The MIAA is satisfied with the investigation, findings and actions by MIAA member school Principal Dr. Carla Scuzzarella.”

Principal Scuzzarella decided to allow Tanglis to coach the Lawrece High Game Friday night before the suspension goes into affect.