By Paul Murano on May 20, 2013Comments Off on MORALITY MATTERS – The Newest Hero in the Dictatorship of Relativism 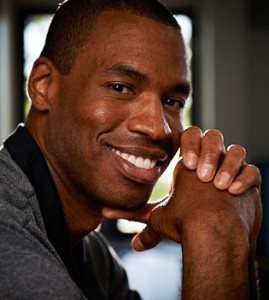 You know the drill, someone of social importance comes out as “gay” and the media talking heads fall over each other deifying him.

Among the herds vying for the politically correct tolerance award regarding NBA’s Jason Collins this week, public praise came from none other than Oprah, Bill Clinton, and Barak Obama from the White House. What was this enormous heroic act that deserved such adulation from the cultural left? Collins revealed to the world that he desires sex acts with other men. Yes, in 2013 this makes someone a hero.

Let’s look a little closer to this strange phenomenon. Would a person be given such hero status if he proclaimed that he or she is involuntarily sexually attracted to children? How about if an athlete publicly admitted he was in love with his sister? Would an NBA player get such hero treatment is he came out as a polygamist? All of these “coming outs” take some courage; and each might truly say they’ve had their propensities since birth. Why then such a special status for those who proclaim their attraction to those of their own sex?

The short answer is timing. We’ve seen the twin dictators of our age (the media & academia) do this before in its systematic quest to break down the natural order so as to create its own reality.

This “reality” enables us to worship the god of self through the sacraments of money and pleasure. We all saw this begin to unfold first by separating sex from baby-making through the lie of the contraception mentality, then with the promotion of pre-marital sex. Then when the twin dictators found success in destroying the joy and innocence of the young, the abortion age was born and the divorce culture instituted.

Once the twin dictators filled its disciples with addiction and shame they knew it was over. The pornography explosion that infects everyone via the internet and cable TV from the smallest child to the oldest grandparent was imposed on the nation without a fight. It was only then, in this context of numbness, addiction, and self-loathing that the notion of “same-sex marriage” began to gain traction. Right on cue.

Polygamy inevitably will be next, followed by incestuous marriage. The last two dominoes to fall for the clean sweep are the very last two taboos – pedophilia and bestiality. If there are no objective criteria for love and marriage stemming from human nature, if marriage is simply what individuals want it to be, then there is no reason why the rest of these dominoes won’t follow.

The truth is that nobody comes out of the womb properly balanced and without flaw, and sexual brokenness is one of the deepest ways original sin has infected human nature. Disordered inclinations are not something people need to hide. They are part of the human condition, and it is our job to display compassion to each other regarding them. But love necessarily means not condoning unnatural behavior, and displaced compassion or compromise to the truth is always cowardice in sheep’s clothing. If Jason Collins revealed his proclivity to family and friends as something he’s struggling with, realizing that giving in to disordered desires is never a good thing, this would have been very admirable. Instead he oddly proclaims with pride to the world his affliction, and the talking heads in turn demand that everyone accept homosexual behavior as good, natural, and alternative.

So why the hero’s welcome? It’s the right time for the twin dictators to make a Jason Collins a godlike figure in order to fulfill their agenda. In the new secular religion the gods of self and their fatal misunderstanding of liberty will not be satisfied until all behavior related to pleasure is redefined accepted.

What the world needs now are real heroes — those who are willing to stand up against the dictatorship of relativism to bring sanity to a world of sheep following the gods of self to a culture of death. If we are not ready and willing to be ridiculed and persecuted by the powerful and their minions, we are part of the problem. That is a reality today that we can no longer ignore.