By ValleyPatriot on May 28, 2013Comments Off on Motorcyclist Med-Flighted to Boston After Holiday Crash in Amesbury

He was coming around a turn and was traveling in the opposite lane when he struck a motorcycle, officials say speed was a possible cause of the accident.

The unknown driver of the motorcycle hit the car head on and was seriously injured. Officials would not release any information on the motorcycle driver. There were three people in the other vehicle.

Witnesses say they just left SKIPS for a burger and were heading home, all 3 people in the car were taken tot he hospital by ambulance and given medical attention.

The Merrimack Police worked on the motorcycle rider before the Ambulance and Fire Dept showed up. He was then Med- Flighted to a Boston hospital. His condition is unknown. 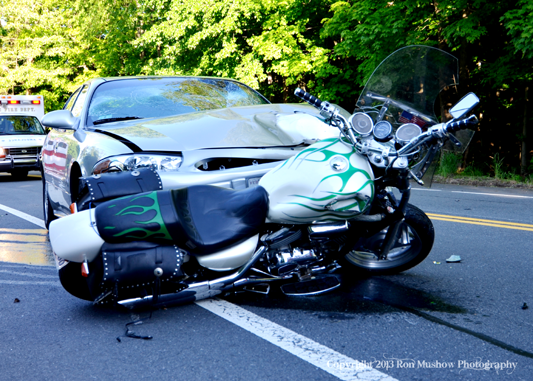