By ValleyPatriot on December 8, 2004Comments Off on North Andover Selectmen Vote for Tax Equity 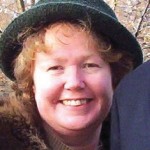 Fans of big government and the big taxes that fund it like sneaky taxes. Taxes that can be set or raised quietly, with-out the con-sent of voters, fall into this category. Fees are often nothing more than sneaky taxes. And the best kind of sneaky tax, of course, is a tax that the other guy pays.

I don’t like sneaky taxes. That’s why I voted to increase, ever so slightly, my own taxes. Now is a good time to begin righting a wrong.

The particular wrong of which I speak is called tax classification. I expect it’s not a term you’re familiar with, as it’s special taxation jargon.

North Andover has been doing this for years. Last year, the tax rate for houses was $11.76 per thousand dollars of ass-essed value. Businesses paid $14.28. Why do businesses pay such a premium? It could be because they don’t vote. Government can grow, taxation can increase to fuel the growth, and the voters, homeowners, don’t feel the pinch.

If you’re not pinched, you won’t scream.

Businesses require few services: no trash pickup, no kids to educate, no elders to service. And yet, they pay higher taxes!

Sneaky, isn’t it? Until this year, I’ve had to play along with this scam. You see, the very first time more of the burden is given to business, people notice. Homeowners are happy. A tax break! Businesses grumble, but they can’t vote.

The next year, and each subsequent year, spreading the burden around evenly would be – not good.

The voters aren’t used to carrying their fair share of the load. They want a small bundle, one just about the same size as last year, maybe a teensy bit bigger. That’s what taxpayers expect.

That’s why last year, and the year before, I voted to preserve the status quo. Okay, I reasoned: We’ll be unfair about passing around the burden, but we’ll be unfair in the same measure as we were last year, so no one will notice.

This year, something changed. The load got smaller. The overall tax burden for North Andover decreased a bit, thanks in part to paying down some debt. So for the first time, we are a little more fair about distributing the load, without raising individual tax bills more than a few percent. We’re still not splitting the pie right down the middle, but we’re a lot closer than we were.

Businesses and commercial property owners will benefit. The economic benefit might create a few jobs or maybe fill up a few empty storefronts. That’d be good for North Andover.

But more important, this year, I left the tax classification hearing feeling better about the job I do as your selectman. The board rejected more sneaky tax games. We didn’t just push the tax burden off onto businesses because we can.

Letting the other guy, the business owner without a say in the matter, carry a bigger part of our tax burden is just wrong. We still haven’t split things up fifty-fifty. But we have made taxation a whole lot more fair.