By ValleyPatriot on August 27, 2015Comments Off on Political Campaign Season Begins in Lawrence 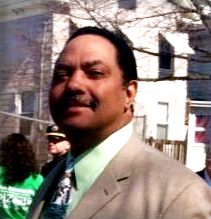 We’re starting campaign season and I’m already preparing myself for the onslaught of robo-calls and junk mail we’ll be receiving in a couple of months. Please don’t vote for candidates that spend thousands of dollars trying to impress you. The more money a local candidate receives in donations, the less I want to vote for them. I have to suspect the motives of candidates who are prepared to spend vast sums of money just to get elected to the City Council.

The way Lawrence candidates keep their campaign finance records, its hard to tell how much money some of them are spending.

The Maldonado campaign has incurred $2 in expenses since March. They must have incurred some costs in June renting the motor coach for the Semana Hispana parade and for his fundraiser later that month. Campaigns are required to use their bank account for expenses. The bank’s report for the end of July finally shows some activity with $2,450 in deposits, of course we have no information regarding the source of these funds.

It seems that Maldonado’s campaign account is at best loosely related to his campaign finances. I really wouldn’t be so picky with just any candidate, but Maldonado scours the city ordinances to find instances of the mayor not obeying the law.

Jim Blatchford, a two-term school committee member and candidate for Councilor At Large has been building up his campaign coffers for four years and has over $10,000 as of this writing. Mr. Blatchford, please take all phone numbers associated with me off of your calling list!

Nomination papers for the Council and School Committees were due August 4. Based on who turned theirs in on time, the following people will be on the ballot. As usual, the only primary contest where candidates will be cut is the Councilor At Large race, where two candidates will be cut and the top six vote getters make the final race. Candidates are listed in alphabetical order with incumbents first.

District A Councilor Sandy Almonte didn’t return her nomination papers so will most likely mount a sticker campaign for the primary. It would be great if Patrick Blanchette, who also pulled papers for District A without returning them, does the same. If there’s only one sticker campaign, fifty write in votes would be enough to get Almonte on the November ballot.

Please remember, if looking professional or being dressed to the nines and playing the part of an important person made a good councilor, we’d have the greatest council in the world. Enough said?