By ValleyPatriot on December 8, 2004Comments Off on Random Thoughts with Mark Palermo 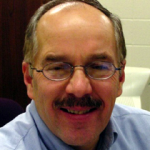 Have you gotten your flu shot yet? I’ve never gotten one and never will- for two reasons. First, I think they are a crock of bull, and secondly, I don’t trust the people who manufacture and promote them. As a result, I almost never get colds or flu in spite of working in poorly ventilated classrooms every day. It helps to take care of oneself, which I do. Of course whenever I mention this, people either look at me as if I had three heads or get annoyed at what they perceive as my irreverence towards the authoritieswho they childishly believe would never lie to the American people about important matters like public health.

In 1975-76, the government told the American people that the Swine Flu was coming our way, a terrible flu of Biblical proportions. If you were around then, you may remember what happened next. The government urged everyone to get the vaccine. They did. Then 96 people died and thousands more were injured by the vaccine. In fact more people died from the vaccine than from the flu. It was an unconscionable fraud, which earned money for people in high places. So in the interest of full disclosure, you should know about this questionable mélange of biological substances and industrial chemicals before they arepumped into your bloodstream. For starters, a flu shot contains thimerosal, a preservative containing mercury, the element which causes nasty effects like neurological damage, autoimmune disease, etc.

The vaccine also contains aluminum, which is suspected in the development of Alzheimer’s Disease. This information comes not from the imagination of Mark Palermo, but from the FDA’s own website (WWW.FDA.GOV) where they have an excellent FAQ section devoted just to mercury and aluminum in flu shots. Other substances commonly contained in vaccines in general, and possibly your flu vaccine, depending upon the manufacturer, are the following: propylene glycol (automobile anti-freeze), formaldehyde(hazardous substance), MSG, polysorbate 80, and the disinfectant, phenol- also known as carbolic acid.In addition, some vaccines are grown through mediums such as monkey and dog kidney tissue, washed sheep blood cells,embryonic guinea pig cells, chicken embryo cultures- ask your doctor about this in case you are allergic to eggs. And, oh yes, I almost forgot: human diploid cells from aborted human fetuses. Is that enough to make you wonder? Or at least ask questions? I’m not a doctor, so I don’t offer this information as a prescription for anyone’s health care. But if you decide to get a flu shot, ask the doctor to see the insert from the vaccine container. This will list all ingredients.

On November 18, Rush Limbaugh reported that more than half of the funds from the Clinton “lie-brary” came from the Saudis. He added, “A dirty little secret, ladies and gentlemen, is that the Saudi royal family has helped to finance most of the presidential libraries probably in my lifetime, and it’s one of the reasons that there is such a close bond between presidents and ex-presidents and the Saudi royal family. All presidents, doesn’t matter what party.”

Isn’t it great how presidents get along so well with the corrupt Saudi royals? And how they apparently have no qualms about receiving the benefits of the Saudis’ largesse? But let’s face it: nobody in this world gives you anything for free. What do the Saudis get in return? I would love to see an independent investigation of this potential conflict of interest, not by the attorney general or some panel of hacks appointed by the very same guys they are supposed to investigate. Neither by the New York Times nor Washington Post, but by the National Enquirer, which has, in rare moments, demonstrated more credibility. Imagine what their investigators could turn up: the call girls, drugs, pedophilia, extortion, kickbacks, money laundering, murder, in just one typical day in Babylonon- the-Potomac.

By the time you read this, the madness will have begun. Each year the ugly Philistine spectacle becomes even more crass and vulgar, a frenzied orgy of greed, avarice and egotism. It’s hard to believe that presentday XMAS was an ancient religious holiday. A few years ago, I advised friends and family that I would no longer be exchanging Christmas gifts, except for children. No more frantic shopping, no more hours stuck in traffic, no more money spent on items that would only be exchanged. It was a relief all around. And I found that disaffiliating and divesting from XMAS displaces more time for the real, soulful spirit of Christmas that, no matter how much they repress it, will still be found in acts of kindness, forgiveness, and meditation upon our blessings. So I offer this simple prayer for our nation during this Christmas: “That simple light may rise out of complicated darkness.”