By Tom Duggan on April 22, 2016Comments Off on Second Annual “Boots to Roots” show at Loretta’s Last Call 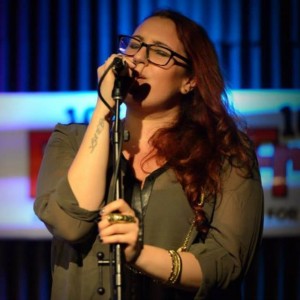 On Saturday, April 23rd, Loretta’s Last Call in Boston will host some of the best singer/songwriters from New England, including Bradford resident Ashley Dawn.  Performing has been an integral part of Ashley Dawn’s life since the young age of two.  Ashley began singing as soon as she could talk and would perform for anyone who would listen. She has since honed her craft, earning a Master’s Degree in Music Education with a concentration in Voice from the University of Massachusetts Lowell. You can find her performing with her band as well as solo and alongside many other musicians both in acoustic and full-band settings. Influenced mainly by blues, folk and pop, her original music is laced with impeccable harmonies and heartfelt vocal melodies over feel-good piano foundations.

All musicians who are performing on the 23rd  at Loretta’s  are members of “New England to Nashville” (NETN), an organization founded in 2011 by 2013 Song Winner/Songwriter Matt Casey.  Casey is a Boston native who has been traveling to Nashville regularly since 2010.  NETN has over 700 talented New England musicians and songwriters in their network who perform in both New England and Nashville.

Artists from a variety of genres such as Country, Soul, Folk, Pop, Bluegrass, Alternative Rock, etc. will be performing their acoustic originals at Loretta’s as well as a variety of cover songs that are sure to impress. The diversity of music styles at this event is going to be incredible. The evening will end with full performances by the talented bluegrass/folk/country duo Sold Under Sin and the impressive country/rock band known as the Alec Mac Band.

You don’t want to miss this event – tickets are only $15. Use the first name of any artist performing or “SOLDUNDERSIN” or “ALECMAC” in all capital letters for a 10% discount code. The ALL AGES event starts at 3 PM.

Loretta’s Last Call is an upbeat entertainment venue with a full menu of delicious southern cooking and extensive bar. Loretta’s prides itself on being one of Boston’s premier spots to experience incredible live music.