By Tom Duggan on March 2, 2017Comments Off on Senators Ask Justice Dept. to Uphold Existing Policy on State Marijuana Laws 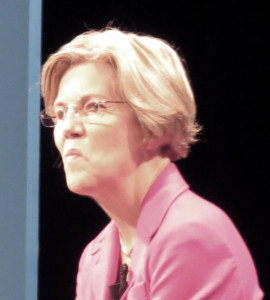 The letter was prompted by White House Press Secretary Sean Spicer’s remarks during his briefing on February 23rd, suggesting that the public would soon see “greater enforcement” against any state that has legalized use of the drug.

“It is essential that states that have implemented any type of practical, effective marijuana policy receive immediate assurance from the DOJ that it will respect the ability of states to enforce thoughtful, sensible drug policies in ways that do not threaten the public’s health and safety,” the senators wrote. “This ensures that state infrastructure, including tax revenue, small businesses, and jobs, can be protected; DOJ resources can be used most effectively; and most importantly, that marijuana can be properly regulated to improve public health and safety.”

Guidance issued by the DOJ in 2013, known as the “Cole Memorandum,” provides a clear outline of the interaction of state and federal laws regarding marijuana use. According to the memorandum, enforcement of marijuana-related activities should be addressed primarily by state regulatory bodies and local law enforcement in states with “strong and effective regulatory systems” already in place.

To date, eight states (Alaska, California, Colorado, Maine, Massachusetts, Nevada, Oregon, and Washington) and the District of Columbia have passed laws allowing for the recreational use of marijuana, 28 states have medical marijuana laws, and 21 states have decriminalized the use of marijuana.