By Tom Duggan on April 30, 2017Comments Off on State, Local, And Federal Cops Take Back The Streets of Lawrence 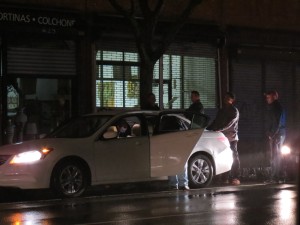 After a significant spike in violent crimes over the last six months, Lawrence Police Chief James Fitzpatrick has called in some heavy reinforcements to take back the streets and protect the nearly 90,000 people living in his city.

Lawrence is the poorest community in Massachusetts.

Approximately 80% of Lawrence’s municipal funding comes from the state and federal taxpayers.

Over the last two weekends local, county, state, and federal law enforcement officials have surged into Lawrence to try and stem the epidemic of street violence plaguing the city.

On one night alone, Friday April 28th, The Valley Patriot counted more than 75 different law enforcement agents driving through, and walking through the city.

Setting up command centers at various locations, the alphabet soup of law enforcement agencies patrolled the streets in marked and unmarked cars. They pulled over vehicles, responded to radio calls, backed up uniformed Lawrence officers, and some agencies even booked and processed their own arrests so that Lawrence Police Officers would not be stuck in the station writing reports instead of being on the streets. 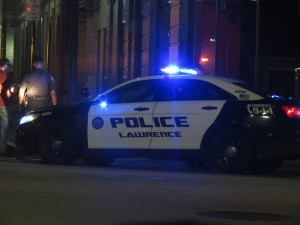 “We started doing impact patrols four days a week, we’ve stepped that up now to five. The impact patrols are to show a presence in areas that we’ve identified with crime analysis, where we have had ‘shots fired’ calls in the recent past … or neighborhoods where we have had a spike in aggravated assaults for example. We are concentrating an additional uniformed presence in those areas and will continue to do so.”

Fitzpatrick says that his department’s has always had a good working collaboration with the FBI, The North Shore Gang Task Force, and other agencies. 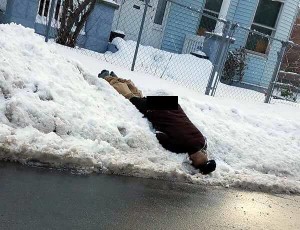 Dozens of shootings, stabbings, and murders are common to the people who live in Lawrence on any given week. Despite the fact that the Lawrence police constantly tout statistics that crime is on the decline, the frequency and brutality of violent crimes in Lawrence have increased dramatically in the last six months.

Lawrence has seen a gruesome beheading, several domestic shootings, stabbings, drive by execution shootings, increases in aggravated assaults, and running gun-battles: one, where cars raced through neighborhoods in broad daylight shooting at each other, as they weaved in and out of traffic. Lawrence Police found at least five groups of shell casings (10 – 20 in number) in five different residential neighborhood locations when it was over.

There was also an execution style shooting of a man at Burger King on Broadway in April.

One drive-by murder took place in broad daylight in February when a black car pulled up to a man standing on a snowbank and executed him before speeding off.

On Easter Sunday, 40 year-old Aracelys Valdez Deleon was murdered outside the LaCava Nightclub when Luis Rodriguez fired nine shots into a crowd of people striking DeLeon and a male companion. The companion survived.  The murderer was later arrested in Texas and has yet to be extradited to Massachusetts to be charged with her murder.

The Chief says that a large portion of the violence in Lawrence is because of so many night clubs in such a small area of downtown. “In that one block of Essex St. between Newbury and Jackson Streets and down to the old One Mill Street which is now the nightclub Atticka, we have about 10 nightclubs. When they all get out at once it causes problems.”

“Some people leaving the clubs then drive around the downtown area to show off their cars, or play their music loud, looking for some other activity. Shortly before last call, we are now blocking off Essex Street at that chokepoint. Traffic is allowed to leave, but no cars are let back on that block. With the one way streets, that makes the flow of traffic very different. It keeps the traffic flowing out of the downtown area, and out of the city.”

The city of Lawrence’s last call for alcohol is at 2AM while surrounding communities stop serving at 1AM. The result is more people leaving bars and clubs in other communities and coming to Lawrence to drink for an additional hour.

Fitzpatrick says that the number of shots fired and gun calls have been significantly reduced since he called in help from other agencies and beefed up patrols.

THIS IS NOT TEMPORARY

“My plan is to keep doing this for the next four to six weeks and really send a message that Lawrence is no longer the place to come and commit crimes, or cause trouble. After that period of time we will evaluate everything again and what I’d like to do is call in the NEMLEC (North East Massachusetts Law Enforcement Council, the regional swat team) to help us out this summer. I’m also getting commitments from other law enforcement agencies so we can keep this going.”

State, Local, And Federal Cops Take Back The Streets of Lawrence added by Tom Duggan on April 30, 2017
View all posts by Tom Duggan →