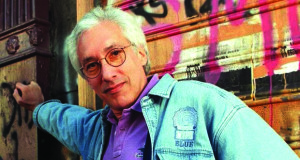 On April 1, legendary TV producer-creator-writer Steven Bochco passed away from Leukemia at the age of 74. The legacy he left behind cannot be matched by many people in television history.

A 10 time Emmy winner, Bochco had a hand in creating, producing, or writing some of the most influential and groundbreaking television shows in the history of the medium.

Bochco started his career as a story writer on 1970s shows like Columbo and McMillan & Wife before achieving major success in the 1980s by reshaping the TV drama genre with the police drama Hill Street Blues, which he co-created, wrote, and produced. The show pushed the boundaries of network drama and was among the lowest rated series NBC ever renewed before it eventually became a hit. In its first season, Hill Street Blues was nominated for 21 Primetime Emmy Awards. It would win four consecutive Emmy’s for Outstanding Drama Series.

Bochco’s shows pioneered several modern day aspects of TV, including serialized dramas that featured large ensemble casts and true to life storylines. A pattern he would follow with all of his later series.

In 1986, Bochco’s next success came when he co-created and produced the legal drama L.A. Law. It would go on to win 15 Emmys over its 8 seasons, including Outstanding Drama Series four times. The New York Times described it as “television’s most serious attempt to date to portray American law and the people who practice it…. L.A. Law perhaps more than any other force, has come to shape public perceptions about lawyers and the legal system.” It also helped spawn the career of prolific TV creator and producer David E. Kelley (Picket Fences, Ally McBeal, who was a Boston lawyer at the time Bochco hired him to work on L.A. Law as a writer and editor.

Over the next 7 years, Bochco would create several series with varying degrees of success including Doogie Howser, M.D. In 1990 Bochco tried something very different. He created the musical police drama series, Cop Rock. It was a critical and commercial failure and was cancelled after 11 episodes. But one can’t help but think that it would have had much more success today with musical shows like Glee, Smash, and Crazy Ex-Girlfriend all garnering acclaim and lasting for multiple seasons.

After the failure of Cop Rock, Bochco returned to his bread and butter. He created another gritty, realistic police drama called NYPD Blue. It premiered on ABC on September 21, 1993 and immediately set off a firestorm of controversy. A buzz built around the pilot episode in the weeks prior to its premiere. Rumor had it would feature crotch-grabbing, foul language, and nudity. Three things that were unheard of on network TV in the early 90ss. Multiple family groups protested and urged advertisers to boycott, but it all backfired and made the show a hit. More than 30 million people tuned into the premiere. The series would run for 12 seasons and won 20 Emmys over its run including a win for Outstanding Drama Series in 1995.

Hill Street Blues, L.A Law, and NYPD Blue would have been enough to ensure Bochco’s place in TV history, but he continued to generate other significant series as well. Murder One was an experiment in serialized network TV storytelling that spent an entire season following a single murder trial. That may not sound like much of a risk today, but in 1995, Murder One’s single-case premise was downright unprecedented. The idea of asking viewers to follow one complex homicide investigation over an entire season seemed, in a word, ambitious. The show would only last 23 episodes. Perhaps it was way ahead of its time and would have fit in perfectly in today’s made-to-binge TV landscape.

Although he never quite matched the success of his earlier series, Bochco continued to create quality television series like Philly, Commander In Chief, Raising the Bar, and most recently Murder In The First.

The face of TV today would be very different without the innovative and groundbreaking path blazed by Steven Bochco. He was a revolutionary when network TV was ordinary. His inspiration can be seen on many series such as The Wire, The Shield, True Detective, and 24.

Bochco leaves a void in the TV industry that will be felt for many years to come.

Hill Street Blues, Murder in the First, Doogie Howser, M.D., Murder One, and NYPD Blue are all currently streaming on Hulu.

Do you have any questions about TV? Email me at BillsTVTalk@gmail.com. I will answer all of your questions and will feature some of the questions I receive in a future column. For daily TV news, follow Bill on Twitter @BillsTVTalk and on Facebook at BillsTVTalk.