By Tom Duggan on January 1, 2014Comments Off on Support for Common Core’s Fuzzy Math Doesn’t Add Up 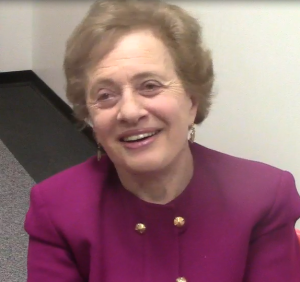 Unless high school students can prepare for a calculus course in grade 12 or as college freshmen, they are unlikely to become science, engineering, or mathematics majors. Common Core doesn’t let them. James Milgram’s analysis in Lowering the Bar makes that very clear.

Interestingly, Jason Zimba, the lead writer of the Core’s math standards, noted as much at the March 2010 meeting of the Massachusetts Board of Elementary and Secondary Education. He explained that Common Core’s version of college readiness means getting kids ready for non-selective community and state colleges. According to the official minutes of the meeting: “Mr. Zimba said that the concept of college readiness is minimal and focuses on non-selective colleges.” Just in case that isn’t clear enough for you, dear reader, here are Mr. Zimba’s videotaped comments at the meeting.

These folks need to be put on the record – how do they justify signing onto a set of mathematics standards that do not lead to STEM careers?

That is why in a September 2013 Hechinger Report piece Zimba acknowledged that: “If you want to take calculus your freshman year in college, you will need to take more mathematics than is in the Common Core.”

It isn’t as if those who are mathematically literate are speaking up. In fact, it’s a puzzlement why the heads of the associations listed below, which should want secondary students prepared for STEM disciplines, expressed “strong support for the Common Core State Standards for Mathematics.” Why would these lemming leaders endorse K-12 mathematics standards that prevent students from preparing for a STEM career? Did the “presidents” of these associations actually review Common Core’s high school standards before putting their names and the names of their organizations on the dotted line? These folks need to be put on the record – how do they justify signing onto a set of mathematics standards that do not lead to STEM careers?

“…We, the undersigned presidents of the following member societies of CBMS (Conference of the Board of Mathematical Sciences), hereby express our strong support for the Common Core State Standards for Mathematics.”