VALLEY PATRIOT EDITORIAL April, 2012 The media coverage of the recent Trayvon Martin case (where a black man was shot to death by a Latino) should have Hispanics in the United States in an uproar. Oddly enough, we have not heard one story in one media outlet showing this to be true. Without speculating on […]

By: Jamison Tomasek – January, 2011 It would be helpful to read Part 1 of this from last month’s Valley Patriot, but to briefly recap the first article finished with the conclusion that Lawrence is a city that votes overwhelmingly Democratic and this influences any election where the people of the city play a […] 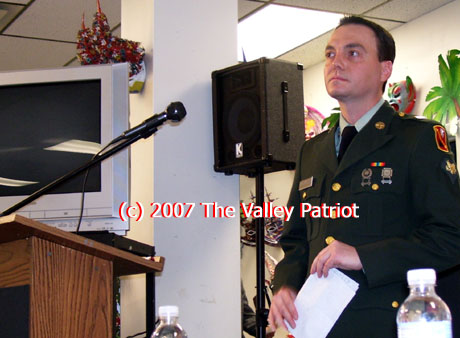 PAYING ATTENTION! with Tom Duggan   By: Tom Duggan -Monday, May 7, 2007 Last week Siglo 21, (a partially bilingual newspaper) printed the following paragraphs about the ACLU and our website posting about the meeting: (Siglo21) “Tommy Duggan, the director of The Valley Patriot, the only member of the Anglo-American press present at the gathering […]

PAYING ATTENTION WITH TOM DUGGAN   By: Tom Duggan – May, 2004 Recent headlines in Merrimack Valley newspapers have proven that the sacred cow ideologies of public education espoused by liberals are in fact, myths. Myth #1 Money equals education: Most people have bought into the myth that spending more money on education results in […]