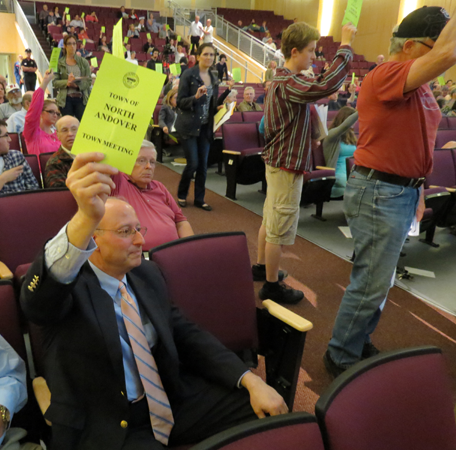 Innovation to allow non-attendee participation at Town Meeting expanded. Continuing what he calls “the historic initiative of the past two years”, North Andover Town Moderator Mark DiSalvo will be allowing questions at Town Meeting to be asked by citizens electronically. In the first year of the program residents were given an opportunity to post questions but were […]

Dracut’s Mainstream Media Lost its Integrity and Its Audience

By: D.J. Deeb – October, 2010 Perhaps the title of this column should be, “The Importance of Studying Several Different Sources Before Making a Decision”, but I just found it fascinating at this past June Town Meeting how Dracut’s various media outlets and Internet blogs handled a certain warrant article, which I felt […]