By Tom Duggan on March 3, 2012Comments Off on Noose Tightens on Lantigua Admin 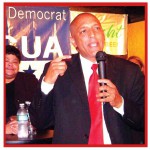 More than a decade later, Lantigua finds himself under investigation by the FBI, U.S. Customs, District Attorney Jon Blodgett, The Office of Campaign Finance, The Attorney General, The State Police, and several unnamed law enforcement agencies at the state and federal level.

A Federal grand jury has been convened for more than a year, hearing testimony of corruption, payoffs, illegal contributions and contracts, money laundering, fraud, illegal influence over city contracts, intimidation and threats, nepotism, misuse of police and law enforcement technology, theft of city services and a host of other undisclosed charges.

Last month, yet another round of FBI subpoenas were served on members of Lantigua’s cabinet including: Deputy Police Chief Melix Bonilla, Personnel Director Frank Bonet, former Chief of Staff Lenny Degnan, members of the city’s licensing board  (where Lantigua’s wife sits as a voting member) and several business owners who have contracts with the city.

Frank Bonet: Hired by former Mayor Michael Sullivan on Willie Lantigua’s reccomendation, Bonet is responsible for all hiring and firing of city employees and is also in charge of all workplace investigations in the city, settling employee disputes, suspending and disciplining employees and oversees raises. It was Bonet who hired and promoted Lantigua’s girlfriend Lorenza Ortega first as a secretary, and then as Assistant Personnel Director.

Bonet eventually resigned from the Sullivan administration to take a job with the IRS (giving him access to social security numbers) and returned to his position a few months later when Lantigua was elected to replace Sullivan as Mayor in 2009.

Bonet is and has been on the Lantigua “team” for more than a decade and has been one of the most vital members of Lantigua’s cabinet. He has also been a controversial figure, getting elected to the Lawrence School Committee while serving as Personnel Director. While serving in both positions, Lantigua named Bonet to the subcommittee that negotiates school employee union contracts, a conflict of interest since, as Personnel Director, Bonet is legally responsible for arbitrating disputes between employees and must sign the contracts he negotiated. He eventually was forced to resign from the School Committee.

Bonet has also publicly opposed parks in the City ofLawrencebeing named for veterans, saying that people who kill others and go to war are not heroes and that parks should be named for Latino activists and heroes of theDominican Republicsince so many Dominicans live in the city.

Bonet has intimate knowledge of “behind the scenes” agreements over Lantigua’s job hirings and promotions. Our sources say that Bonet is one of two people who can help make the Fed’s case on most of the allegations given his personal knowledge of the players involved and the payments that allegedly took place.

Degnan was Lantigua’s mole in the Israel Reyes mayoral campaign during the 2009 elections, feeding information back to Lantigua about the inner workings of Reyes’ strategy, donors and issues.

When Reyes was defeated by Lantigua ‘09 mayoral primary, Degnan was immediately put in charge of the campaign with (then) police sergeant Melix Bonilla. Degnan was appointed Chief of Staff shortly after Lantigua won the Mayor’s seat and was put in charge of the city budget during the first few months of the 2010. Eventually, the budget was in such disarray that the State Department of Revenue had to step in and take control.

Degnan also testified before a joint House and Senate committee asking them to allow Lantigua to borrow $35 Million more to balance the city budget and avoid lay-offs of fire and police. He was personally involved in doling out city contracts, and out-sources in the City Attorney’s office say that Degnan micromanaged the handing of lawsuits that had been filed against the city, giving directives to attorneys as to which cases to settle, for how much, and which cases to prolong.

Degnan has already testified (at least) once before the federal grand jury in the Lantigua corruption probe. He abruptly and uncharacteristically resigned as Lantigua’s Chief of Staff last year without the usual Degnan fanfare of speeches at the city council and a long list of what he considers his personal accomplishments.

Degnan’s value to the FBI and other law enforcement agencies is significant if the allegations against Lantigua and his “team” are true. Degnan was (and some say still is) Lantigua’s right hand man. Lantigua relied on him for his personal knowledge of which city workers were loyal during the campaign and personally orchestrated the illegal firing of Planning director Michael Sweeney, the smear campaign against former director of inspectional services Myles Burke, and a dozen other city employees who had campaigned against Lantigua in the 2009 mayoral election.

Lantigua was overheard telling a campaign operative back in 2009 that he needed Lenny to “keep people in line” and “be my eyes and ears.”

Within days of taking office as Mayor, Lantigua promoted Bonilla from Sergeant to Deputy Chief, skipping over lieutenants and captains and demoting Deputy Police Chief Mike Driscoll to make room for his former campaign manager.

Immediately the police department was split in two as Lantigua has a long history of publicly accusing the Lawrence Police and Fire Department of being racist, lazy, corrupt and abusive.

Bonilla was in charge of all taxi cab licenses and enforcement of city safety codes for tax cab and livery vehicles when he was just a Sergeant. Oddly enough, the long tradition of taxicab inspections and safety enforcement was halted the minute Bonilla was made Deputy Chief.

Bonilla was seen on numerous occasions rallying taxi owners and drivers to appear at city council meetings to support Lantigua proposals and nominations to the planning board, licensing board and the firing of former Sullivan employees.

Bonilla was also in the news last year when his son was involved with an alleged armed robbery and used a gun confiscated by Bonilla in a criminal case. The younger Bonilla took the gun from the home of the Deputy Chief, even though the gun should have been locked in an evidence room at the police station.

Bonilla has had one on one contact with Lantigua and is said to be the de-facto police chief, answering directly to Mayor Lantigua and circumventing the authority of Police Chief John Romero.

Bonilla received a subpoena last month from the FBI to appear before a grand jury and his testimony is also said to be paramount to charging Lantigua with corruption and fraud.

Where it goes from here

The Federal Grand Jury will continue to hear testimony and (some say within months others say much longer) either indict Lantigua or acquit him. Parallel to the Federal corruption probe, Essex County District Attorney Jonathan Blodgett is also investigating financial improprieties and abuse of power by the controversial Lawrence Mayor.

After two years of public outcry for Attorney General Martha Coakley to investigate Lantigua’s illegal campaign finance activity, Coakley has finally decided to join the fray and began her own criminal investigation. Coakley enjoyed the endorsement of Lantigua when she ran for re-election last year. Lantigua even went so far as to allow Coakley campaign activity to take place in his campaign headquarters onEssex St.