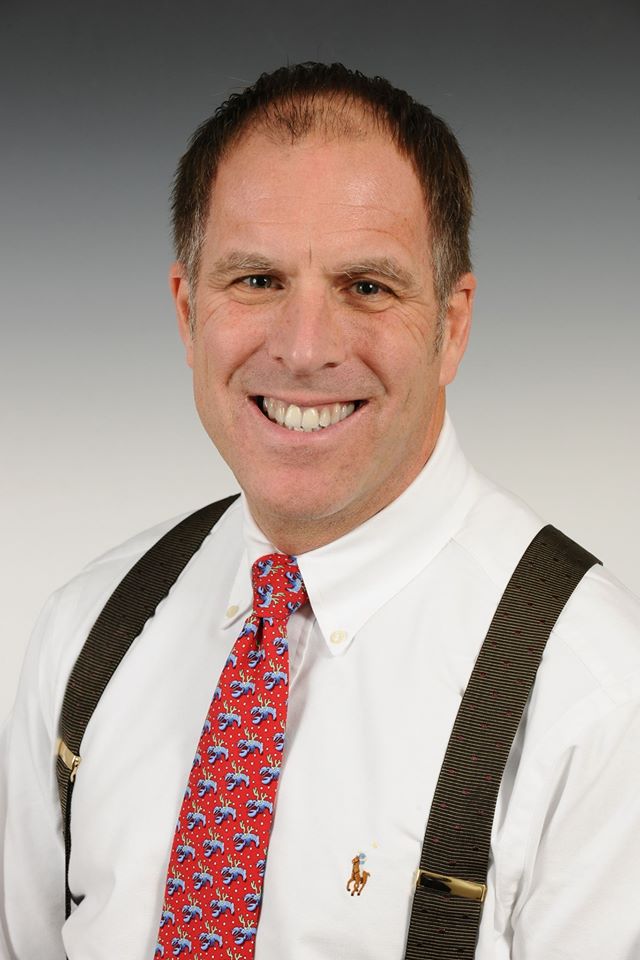 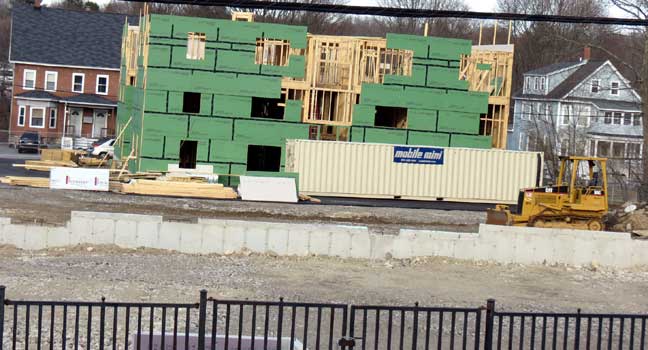 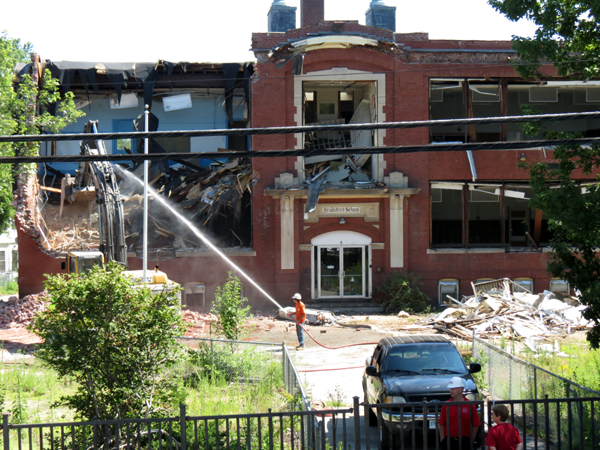 Demolition of the Bradstreet School on Main St. in North Andover began Friday. The town has sold the property and in it’s place will be a mixed use business and residential building.