By: Robert Irving – May, 2011 Celebrity TV Endorsements – Robert Wagner is back on TV in a toned down commercial for reverse mortgages; this time for Guardian First Funding Group out of New York and Philadelphia. According to an employment ad, this company operates a Call Center and hires telephone representatives as they […]

By: Robert Irving – October, 2011 September has been a busy month with the American Legion. On September 1, we had a new National Commander, Fang Wong of New York elected and installed at the National Convention in Minneapolis. He is the first Chinese-American to be National American Legion Commander. Past Hampden County Commander […]

By: Bob Irving – August, 2011 Sandra and Martin Walsh represent a new breed of homeowner facing a dilemma that is increasingly common. After 45 years of marriage they agreed amicably to divorce. Their $400,000 family home, however, presented a major problem that they struggled to resolve. Martin wanted to retain the home and […] 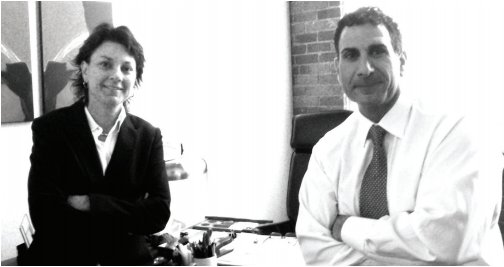 By: Tom Duggan – September, 2009 First Integrity Mortgage, located in Sal’s riverwalk, has become a local favorite among those purchasing or refinancing their homes. In fact, they were voted Methuen, Lawrence, and the Andover’s “Best Mortgage Company” for 2008 by Market Surveys of America. owners Anne Marie Concemi and Steven Sirmaian, both life-long residents of the Merrimack Valley, credit this to […]