By Tom Duggan on May 23, 2018Comments Off on 13 Arrested in Joint State, Federal, Local Sweep of Major Opioid Traffickers on North Shore 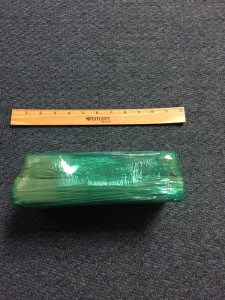 BOSTON – Thirteen people were arrested and 12 were arraigned yesterday in connection with a major heroin/fentanyl and oxycodone trafficking operation on Boston’s North Shore dismantled as part of a large-scale joint takedown by federal, state and local law enforcement, Attorney General Maura Healey announced today. Authorities seized nearly 2.5 kilograms of heroin/fentanyl, 1,900 pills and $415,000 in cash during yesterday’s takedown, and an additional 95 grams of fentanyl and 1,100 pills during the course of the investigation.

“Heroin, fentanyl and oxycodone continue to cause hundreds of deadly overdoses across our state each year,” AG Healey said. “My office is committed to working with our partners in law enforcement to disrupt the trafficking networks that distribute these drugs onto our streets and into our communities.”

“Operations such as this one significantly degrade capabilities of local narcotics trafficking organizations,” said Colonel Kerry A. Gilpin, Superintendent of the Massachusetts State Police. “I especially recognize the work of our State Police detective units, including those attached to our new Homeland Security Division, for working with local police to do the hard work and heavy lifting of building a solid case.” 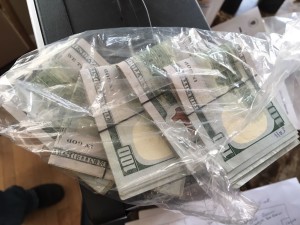 “The DEA in New England is committed to investigating and bringing to justice those who illicitly distribute oxycodone,” said DEA Special Agent in Charge Brian D. Boyle. “Opiate abuse is a major problem in Massachusetts and throughout New England. The diversion of prescription pain killers, in this case oxycodone, contributes to the widespread abuse of opiates, is the gateway to fentanyl and heroin addiction, and is devastating our communities. DEA and our law enforcement partners are dedicated to stopping this abuse. This investigation demonstrates the strength of collaborative law enforcement efforts in Massachusetts and our strong partnership with Attorney General Healey’s Office.”

“The Lynn Police Department will continue to work with other agencies to bring an end to the opioid epidemic,” said Lynn Police Lt. Michael Kmiec.

“I would like to praise the members of the Beverly Police Drug Control Unit and all of the agencies involved in this collaborative investigation. It shows a dedication and determination to combat the opiate epidemic throughout the Commonwealth and especially on the North Shore,” Beverly Police Chief John LeLacheur said.

“I appreciate the hard work of all of our partners in law enforcement and in particular, the ongoing efforts of Danvers Detective Tim Williamson,” said Danvers Police Chief Patrick Ambrose. “All agencies involved continue to work together to eliminate illegal drug distribution in Danvers and the related addiction problems these sales create. These dealers negatively impact the quality of life in Danvers and surrounding communities, we are committed to disrupting their operations.”

“We appreciate the team effort of the Massachusetts State Police and our local law enforcement partners working together to slow the flow of opiates in the North Shore area,” said Peabody Police Lt. William J. Cook. “These combined efforts will assist us in dealing with our current crisis in opiate related overdoses. Our shared resources and information assists us in combating this problem.”

The following individuals were arraigned in Peabody District Court yesterday on the following changes:

Trafficking Oxycodone, 18 Grams of More but Less Than 36 Grams (one count)

Trafficking Oxycodone, 18 Grams of More but Less Than 36 Grams (one count)

Possession with Intent to Distribute, Marijuana (one count)

Charged with Trafficking Heroin, 200 Grams or More (one count)

Possession with Intent to Distribute Oxycodone (one count)

The following individuals were arraigned in Lynn District Court yesterday on the following charges:

Possession with Intent to Distribute a Class B Drug (one count)

Charged with Trafficking Oxycodone, 36 Grams or More but Less Than 100 Grams (one count)

Erick Delrosario, 26, of Kearny, New Jersey, was also arrested in connection with this investigation and will be arraigned in Massachusetts at a later date.

This investigation is ongoing. These charges are allegations and defendants are presumed innocent until proven guilty.

This case is being prosecuted by Assistant Attorney General Gina Masotta and Assistant Attorney General Cesar Vega of the AG’s Enterprise, Major and Cyber Crimes Division. The case is being investigated by Massachusetts State Police assigned to the CINRET and AG Healey’s Enterprise, Major and Cyber Crime Division, the DEA, the Lynn, Beverly, Danvers and Peabody Police Departments, and AG Healey’s Digital Evidence Lab.

13 Arrested in Joint State, Federal, Local Sweep of Major Opioid Traffickers on North Shore added by Tom Duggan on May 23, 2018
View all posts by Tom Duggan →