By Dr. Charles Ormsby on December 18, 2012Comments Off on 150 Years after The Emancipation Proclamation … Slavery Re-introduced into the U.S. 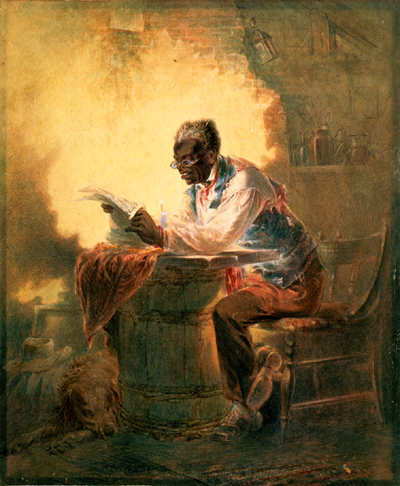 On September 22, 1862 President Lincoln used the news from Antietam (fought on September 17, 1862) to announce his proclamation freeing the slaves in those states still in active rebellion against the Federal Government as of January 1, 1863.

Amazingly, 150 years later, our recent national election endorsed a philosophy that embraces many of the core tenets of slavery. Ironically, this tightening of our shackles is being led by our first black president, was endorsed by well over ninety percent of American blacks and was supported by a super-majority of Jews who have had a history with slavery – and worse.

While The Emancipation Proclamation was announced somewhat precipitously, the abolition of slavery was a work in progress prior to Lincoln’s presidency and it wasn’t fully realized until December 1865 when the Thirteenth Amendment to the Constitution became effective.

The current re-imposition of slavery is also a work in progress – one that is now approximately 75 years in the making – but the pace is quickening and the outcome becoming more certain. The recent election was a major victory for those who seek to cement our present course.

Those with a shallow understanding of slavery are blind to it if iron shackles and whips are not in plain sight. We have become accustomed to the American portrait of slavery as practiced on southern plantations, but many of us have lost sight of the broader meaning of slavery: the denial of individual liberty. We are used to recognizing slavery when private entities practice it and in the process deny individuals their basic freedoms and the products of their labors; but we often lose sight of it when practiced by governments. Except in the most extreme cases, e.g., Nazi death camps, the Soviet Gulag, or North Korean “re-education” camps where the conditions were/are substantially worse than they were on American slave plantations, the term slavery is unlikely to be used to describe the condition of servitude resulting from government oppression of individual liberty.

Today, in America, our government has abandoned its role as the guardian of individual liberty. It has, instead, aligned itself with a coalition of constituencies seeking to enrich themselves by expropriating the products and services produced by others. This represents a fundamental shift in the status of the Founding Fathers’ American experiment. The lights in that “City On a Hill” are being turned off, one-by-one. As the city dims and becomes less distinct, we are losing sight of what it once represented. Like Atlantis, once it’s gone, we may never be able to re-discover it.

The social system embraced by the current administration and its supporters shares the key attributes of slavery: One group, using force and backed by the government’s power, steals the labor and property of others while denying them the right to pursue their goals with their fellow human beings.

America’s producers are not bound by manacles or beaten with canes when their “cooperation” is demanded as were many slaves on American plantations. Their enslavement has a kinder face, but if they refuse to obey their master, the consequences are very real. They will first receive legal demands, then court dates, then the confiscation of their property and/or imprisonment will be ordered … all backed by police with guns and with the authority to shoot if necessary. 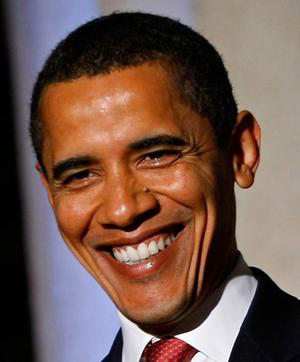 It doesn’t much matter if your jailer has a smiley face.

The constituencies that have joined the government-supported gang of oppressors have taken decades to assemble. In a democracy the gang just needed to amass 51% of the citizenry and that has now been accomplished. While a comfortable majority is preferred, the gang does not want a much higher percentage – it would just mean splitting the spoils among a greater number of thieves.

Where will the present gang of oppressors go from here?

Once a majority of the voters is bought and paid for, the statists that are leading this movement will accelerate the eradication of what’s left of our personal freedoms. ObamaCare, much of which goes into effect precisely on the 150th anniversary of The Emancipation Proclamation, is a major step forward in that direction.

The Supreme Court will now be stocked with justices who are willing to ignore the obvious intent of the Constitution because they have no use for the Founders’ goal: to protect individual liberty and the individual’s right to his life and property.

Taxes and regulations (polite names for legalized theft and dictatorial rule) will be expanded while those legal protections of our property and our right to make everyday decisions that still exist will be systematically eradicated.

Our right of free speech and freedom of the press (starting with increased government control of the media) will be abridged as will our Second Amendment rights.

But then comes the funny part. Once our liberties have been obliterated, many of the useful idiots that helped make up the 51% will no longer be needed.

This is a good thing for the statists, because they won’t be able to afford them anyway. When the socialist, state-run economy collapses, there will be no resources to pay for the EBT cards, the Medicare benefits, government pensions, Social Security benefits, or even the myriad of government jobs … except those government employees with the whips and guns needed to keep order. We wouldn’t want the plantation to descend into chaos, now would we?

This is the face of your new plantation. Get used to it. It might be helpful to practice saying, “Yes, Master. Yes, Master. Anything you say, Master.”