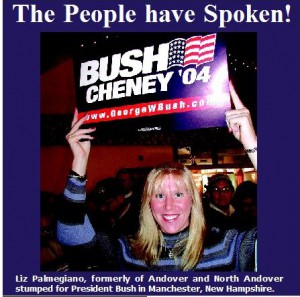 President Bush won a clear victory on Election Day with 51% of the popular vote.  He received over 59 million votes, with 3.5 million more than Senator John Kerry. He also received more votes than any other president in America’s history.

The American voters have clearly spoken and created a mandate for the president. It was a mandate for morals and family values. So says MSNBC news, which reported the day after the election that 21% of all voters cited “moral issues” as the biggest factor in their decision. Abortion, the definition of marriage, religious faith and family values dominated the decision of the electorate in the presidential election.

Yet, for two years prior to the election the American media had been telling the public that Iraq, the economy and the war on terror were the issues most concerning to them. And, while those issues played a large part in the decision of most Americans, the now famous phrase of “God, guns and gays” seemed more prominent in the minds of the voting public. The question most pundits are asking now is: how did the media get it so wrong?

One possible explanation is that the people being polled by the so-called experts lied to the media.   But a more plausible explanation was the focus of media attention on sensational news stories. As CNN and NBC reported ad-nauseam about the Abu Grahb prison Scandal and how it might affect the outcome of the election, other news  outlets sought similar stories to get ratings, resulting in a media culture blinded by the issues concerning most American families.

The candidates and their platforms

President Bush and Senator Kerry laid out a solid platform for their respective campaigns. They both included lengthy speeches on Iraq and Saddam Hussein. Terrorism and taxes were also prominently featured on campaign trail.

But, while John Kerry was appealing to the 18-24 year old MTV crowd (with Bruce Springsteen and Jon Bon Jovi in tow) the president was flying from state to state promoting the values of life, religious conviction, traditional marriage, and the right to keep and bear arms. At every stop the president drew a sharp contrast between his idea of family values and religious faith, and the “values of Hollywood.”

John Kerry, on the other hand, praised Whoopie Goldberg and what most voters considered the decadent Hollywood establishment saying, “they represented the values of America.” Both candidates were sending a loud and clear message to the American public. The only people not listening were those who reported the news.   While eleven states held referendum questions on same-sex marriage (and scores of other “moral” issues on statewide ballots) the news media obsessed on trivial issues like John Kerry’s service in Vietnam and President Bush’s national Guard service. The voting public may have been consuming these news stories everyday but they were apparently consuming it as entertainment. In the end they were not influenced by what was important to the news media, but rather by the issues that most affected their faith and their families.

The Proof is in the Numbers

Bush also received 45% of the Latino vote because, they said, of the moral issues of abortion and marriage, two conservative issues important to American Latinos. This crossover vote by a demographic that predominantly votes for Democrats, helped Bush carry the states of Arizona, Texas and Florida.   As for religion, 62% of Catholics voted for Bush. 59% of Protestants, including Evangelical Christians, voted for the president and 25% of the Jewish vote went to President Bush.  Also voting for the president were 64% of voters who went to church more than once a week,  61% of weekly church attendees,  57% of married people, and 59% of married people with children. Despite John Kerry’s promise that he would not take away the right to bear arms, 63% of gun owners also voted for George W. Bush.

Other state ballot initiatives relating to morals and family values included a measure in Florida which requires parental notification before minors can get an abortion. By a clear majority of 65%, Florida voters passed the constitutional amendment. Alaskan voters said “no” to legalizing marijuana. A ballot initiative to legalize medical marijuana in Oregon also failed.   This mandate of morality carried over to Congress as well. The Senate gained  four Republican seats, creating a majority of 55-45, including  four pro-life Senators-elect Mel Martinez(R-FL), Tom Coburn(R-OK), Jim DeMint(R-SC) and Dave Vitter(R-LA).   The people have spoken and the results are clear:  Morality Matters.