By ValleyPatriot on April 28, 2014Comments Off on 2014 Yankee Homecoming – Come join our team and have some fun! 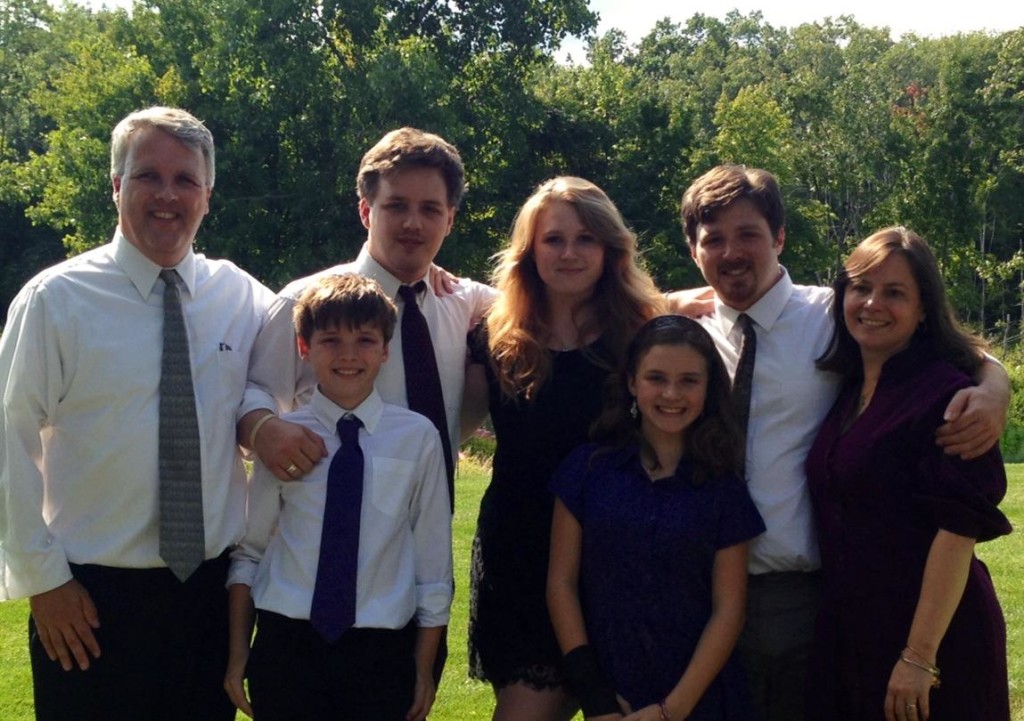 NEWBURYPORT – The word is out that Yankee Homecoming is here again and with early returns coming back, it looks to be bigger and better than ever. This July, Newburyport will again be hosting its annual eight-day celebration that has so many fun filled family events for its residents and the thousands of visitors that ascend on the city year after year. Homecoming week has over 100 exciting events during the eight days for every walk of life, which 20-25 of the events are coordinated by the Yankee Homecoming Committee. This year’s General Chairperson, Michael Volpone, has been working hard to get the week ready, which will hold the 57th annual event from July 27th – August 3rd.

Micheal Volpone, 48, was born and raised in Newburyport. He graduated from the Immaculate Conception and Newburyport High Schools and grew up enjoying this amazing festival, which he now enjoys with his family. Michael got his start with Homecoming when he used to march in the parade back in the mid 1970’s when he was part of the Pioneer League, now he finds himself 30 plus years later getting his start in 2008, from then General Chairperson Essex County Sheriff Frank Cousins to chair the parade and then again for the next three years. Last year he was involved in many of the events as he prepared for the jump to the General Chair role.

His family has also enjoyed the festivities since they moved back to the area in 1999. His wife Kathy, who has been very supportive, had her Girl Scout troop march or they entered a float every year up to last year. Their five children (Patrick, 22; Ryan, 20; Erin, 18 who will also be in charge of this year’s edition of the program book; Meghan, 13; and Tommy, 11) have been helping out with the Yankee Homecoming parade and then last year, collecting donations at the Waterfront Concerts.

The theme this year is “Volunteer: You Make the Difference” which is dear to the chair’s heart for two reasons. The first was while he was in High School, NHS long time history teacher, Jean Foley found an extra spot in her Operations Close Up trip to Washington DC and Volpone got that spot. Foley told him to take a chance and broaden his horizons, which left a lasting mark on him for years. The other was from Homecoming’s 1st General Chairman, George Cashman, who would pull Michael aside during their Hibernians meeting (Newburyport has a division of the national Irish organization of the Ancient Order of Hibernians) urging him to get involved before his passing in 2007, Volpone joined the next year and been very active ever since.

“Volunteers are essential for the success of the eight day event. There are over 100 volunteers each year who sign up to work many events, or simply a couple of hours. The committee welcomes any help anyone wants to get involved with, “says Volpone. “Each of the events has a chair, who will coordinate the event and the volunteers needed. There is a link on the Yankee Homecoming website (Yankeehomecoming.com) where people can sign up to join, or you could attend one of the monthly general meetings at the Starboard Galley starting at 7pm. The next meeting will be held on Wednesday April 23th.“

This year’s rendition of Newburyport’s long standing tradition will bring back many of the fan favorites like Olde Fashion Sunday, the Market Square Craft Fair, Downtown Entertainment, Family Day at Maudsley, the amazing fireworks display on Super Saturday, and the Parade to culminate the week. Another fan favorite is the nightly Waterfront Concert series, which is free to the public, will bring many new groups performing each night. Each night will have a different type of music so everyone should get a chance to enjoy their favorites.

In addition to these annual great events, we have some blasts from the past coming back. New volunteers have stepped up to chair these events that in the past years were also well attended, in the Fashion Show and the Lighted Boat Parade along the Merrimac River. Another event still under construction is a charity softball game, that was last played in the late 1990’s. There will first be a 32 team elimination tournament before Homecoming week and then the winner of the tournament playing a local select or celebrity team in the city (place to be determined). Profits will be split amongst Yankee Homecoming, the ALS foundation in the name of longtime resident and NHS Graduate Brent Paulhus and a third (discussion of the Restore the Stadium fund is a strong possibility).

“Yankee Homecoming strives to bring something for everyone each year. The week is run solely by volunteers, who give up their time for the enjoyment of others. They love doing what they do, as they come back year after year.” The volunteers are hardworking and dedicated to the festival’s success and hopefully this year will see some new faces joining returning ones in doing what the General Chair was hoping in this year’s theme would do – Make the Difference.

Yankee Homecoming brings families and community together. So get ready to enjoy Yankee Homecoming 2014 and let the memories of this time-honored tradition continue to warm the hearts of our area. See you all there!

Arts and Entertainment for the Greater Newburyport Area: