By ValleyPatriot on December 8, 2004Comments Off on A Dream Deferred 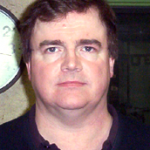 It was the day that I learned, for the first time, about life’s disappointments, and how reality can shatter dreams. It was the day I learned that there was no Santa Claus, no Never- Never Land, no permanent happy endings. For all intents and purposes, it was the day my happy childhood ended, and my miserable adolescence began. That was the day the St. Louis Cardinals defeated the Boston Red Sox in the seventh and deciding game of the 1967 World Series. My life has never been the same since.

Where 1967 is concerned, you had to have been there. You also had to have been old enough to remember it, and young enough to appreciate what it all meant. In the words of Hunter Thompson: Maybe it meant something. Maybe not, in the long run….but no explanation, no mix of words or music or memories can touch that sense of knowing that you were there and alive in that corner of time and the world…

“History” is hard to know, because of all the hired bull, but even without being sure of “history,” it seems entirely reasonable to think that every now and then the energy of a whole generation comes to a head in a long fine flash…. Thompson was writing about the legendary San Francisco scene of that year, but he might as well have been talking about what life was like for a 10-year-old Boston Red Sox fanatic, experiencing what seemed like the realization of magic. There is no other way to put it.

Let’s start with baseball itself. In 1967, there were two ten-team leagues. You either finished first in one of them, or you went home for the winter. There were no playoffs (unless two teams tied for first). Where the World Series was concerned, second was as good as last. Last is where the Red Sox almost

finished the previous year. I had become a Red Sox fan two years before—and quickly learned that they were among the worst clubs in the game. They had been for some time, and seemed likely to remain so…maybe, it seemed, forever.

Nothing like it had ever happened before, or ever would again. (The New York Mets won the World Series two years later, but by then, a playoff system had been put into place.) And my team did it! No, 1967 wasn’t heaven for everyone. If I had been living in Detroit or Newark, and watched as my city burned down, or had I been in Vietnam and been preoccupied with men in black pajamas shooting bullets at my posterior, my take on The Greatest Year might have been somewhat different. But, if you were what I was—a white suburban kid in the Boston area with access to a transistor radio—life was never better.

Actually, it was two transistor radios; one tuned to WRKO, where J.J. Jeffrey and Chuck Knapp played the best rock music ever made, before or since (1967 being to rock what 1939 had been to Hollywood), the other tuned to WHDH, where Ken Coleman, Ned Martin and Mel Parnell gave a literal voice to The Dream. No, life was never better. Then came the World Series. The Red Sox played nobly, forcing the Cardinals to a seventh game. But then came Columbus Day. Bob Gibson, with three days rest, faced Jim Lonborg, with but two. Final score: Cardinals 7, Red Sox 2. I cried that day. But as it turned out, the tears were about much more than a baseball game.

Sweet melancholy finished out the year, as Linda Ronstadt warned us not to fall in love with her (wasted words), and Otis Redding told us how lonely it was on the Dock of the Bay. The hippies in the same city held a “funeral” to bury the Summer of Love. Even the Cowsills made a profound observation:

I loved the Flower Girl Was she reality, or just a dream to me? It was a question we were asking, as 1967 came to an end. Then came 1968: adolescence, puberty, a new school filled with savage bullying and little personal happiness elsewhere. The outside world got a lot uglier, too. Baseball faded into irrelevance, a neglected toy tossed into the attic. There were just too many other things to think about. (That’s what “growing up” will do to you.)

Now, 37 years later, the Red Sox finally beat the Cardinals, and won the World Series. I only wish that a ten-year-old boy in a land called 1967 was here to see it.