A Nation Divided into Thirds

By Dr. Charles Ormsby on November 6, 2004Comments Off on A Nation Divided into Thirds 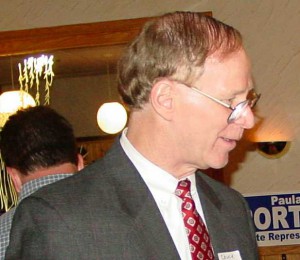 This article is being written before the election results are known. Absent more hanging chads and leftist lawyers seeking to undercut our election process, you now know who won. As of yet, I don’t.

You know if we have re-elected an inarticulate, President who appreciates American principles but, all too often, is willing to compromise these principles for political expediency. Or, if we have a power hungry socialist as a President who has offered his services as the thug-in-charge of looting and enslaving ten percent of the population so the loot and stolen services can be distributed to his supporters.

In one sense, not much has changed since the time of the American Revolution. In 1776, one third of Americans supported freedom, one third were ignorant, drunk or didn’t care, and one third supported the monarchy of King George. Thank goodness the first third prevailed.

In another sense, a lot has changed. I’m not referring to the obvious technological progress that has been made. I’m referring to the emergence of an organized sector of our society whose basic philosophy embraces theft and slavery. These words aren’t often used, but they represent the philosophy nonetheless.

The one third that is largely ignorant, drunk or who doesn’t care will always be with us. God bless them and we should thank them every day for not voting. (If they did vote, I know who won and I retract my blessing.)

It is the change in the other two thirds of the population that is more troubling. If you surveyed Americans (at least those who were sober) during our country’s first 50 years, the overwhelming majority would have been shocked at the suggestion that citizens should have their income or property taken by government to provide for the needy. That was the role of charity. Today, stealing the property or earnings of one citizen for the benefit of another is accepted by nearly everyone … the only debate is how do we do it and to what degree.

So the problem is two-fold. Yes, 30-40% of our population is aggressively seeking to share in the spoils of government looting (via government jobs, “free education”, medical benefits, welfare, etc.) so they have a conflict of interest when participating in the political process. That would be bad enough. But the bigger problem is the lack of a principled opposition.

Many who listened to the debates were amazed by the inability of President Bush to articulate the case against Kerry. And many were impressed by Kerry’s confident and bold manner. While some of this may be traced to the presentation skills of the two candidates, I believe the bigger factor is that President Bush and most Republicans have accepted the core premises of the socialist opposition:

Theft is OK if it is done in the name of the needy. There is no right to property.

How can you form a coherent argument against your opponent when you have accepted his core principles? How can you speak out against theft when you fear the condemnation of those that have become accustomed to depending on the spoils of theft (and think these spoils are theirs by right)?

When education is raised in the debate Bush explains, looking appropriately sheepish, how he has expropriated 49% more private property for education than did President Clinton. Bush couldn’t say education is the responsibility of parents. That it is immoral to steal the property of some to educate others. That parents and children will be better served by a responsive free-market educational system. That when you pay for education you will value it more.    Kerry’s job is easy. He can do Bush one better. All he needs to say is that he’ll steal even more for education if he is elected.

Of course, education spending is supposedly “for the children” so that makes it OK. I wonder, if it is “for the children”, why standards, expectations, and academic outcomes of government schools are so abysmally low. And why money and greater government involvement are always the answer. If more government spending in the past made outcomes worse, I guess it is obvious that more money in the future will make outcomes better. But regardless of outcomes, who is willing to stand up and say that theft cannot be justified?

When healthcare is raised in the debate, Bush again points to increased government spending and new prescription benefits. He doesn’t say doctors should be free to practice medicine without government interference. Or that medical care would be less costly if consumers weren’t encouraged to squander medical resources because payments are not tied to consumption. Or that drug companies own their products by right. Or that government-mandated healthcare coverage discourages job creation. Or, most importantly, that it is wrong to base our entire healthcare system on theft and coercion.

Kerry’s job is easy. He can speak from the heart. He just smiles and says he’ll steal more in the morning and dole it out in the afternoon.

Nearly every topic in the TV debates or discussed during the campaign follows the same pattern. The socialist Democrats lead the charge for vastly expanded government-sponsored theft while compassionate conservatives try to sell the voters on a slower rate of growth of government’s control over our lives and property. The whole debate is over how fast we give up our freedoms … not if we should restore and protect them.

Regardless of who won the election, until Republicans reject the Democrat notion that theft is excusable, our freedoms are not safe and they will continue to diminish. Freedom can’t win if its core principles are not defended or if it is bartered away for votes every four years.

The ironic fact is that the loss of our freedoms, the freedoms we are sacrificing to help the needy, will stall economic development and will diminish most the lives of the very people that we gave up our freedoms to help. No one but the power hungry win and their winnings will be short -lived.