By Tom Duggan on May 27, 2017Comments Off on A Night of Gun Violence Keeps Lawrence Cops Busy 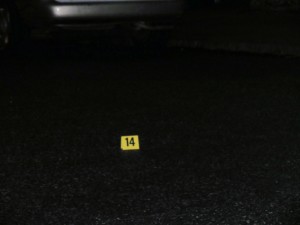 Lawrence Police, Massachusetts State Police, and the Essex County Sheriff’s Department were busy in Lawrence Friday night as several calls for shots fired came in throughout the night breaking the four weeks of decreasing gun violence in the city.

Lawrence officials called in multiple law enforcement agencies from the state and federal government after the Easter murder of a woman leaving a nightclub on Union St. Since then, the siege of police making arrests and vehicle stops in the city have driven the actual crime (as opposed to the statistical crime departments release) to a noticeable low.

That all changed Friday as detectives and other officers raced through the city to answer multiple call for shots fired, one on Fairmont St. where 13 shell casings were found along with one unspent bullet.

Sources tell the Valley Patriot that there were at least two different caliber of shell casings found and they believe that the shooting was a result of a running gun battle where two cars were shooting at each other as they raced behind Central Catholic High School.

Oddly, with all the gun calls police responded to Friday night there were no gunshot victims found.

Police are still looking for information on the shooters and victims who fled the scene. The Valley Patriot will follow this case and update this story as we get new information.