By Tom Duggan on September 1, 2018Comments Off on ABBY’S TEEN TALK ~ Role Models

“Children have never been very good at listening to their elders, but they have never failed to imitate them.” ― James Baldwin 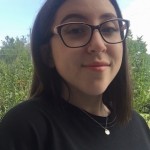 There are several definitions of the term “role models”. One that I particularly like is the definition of a role model is someone who often takes an overwhelming position of power in someone’s life by strongly influencing his or hers own behavior. In this day and age many young adults, including myself, have several different role models that we look toward to set a leading example for us in their lives. A role model can be anyone from a friend or family member, to a teacher, or a celebrity or even an activist. Political leaders are often big role models in the lives of many people.

Former President Barack Obama is one example of a political role model who had a large influence on many of my peers. As our nation’s first Black president he set a precedent to succeed and exceed expectations, even when others believe you don’t deserve it no matter how hard you work for something. Governor Mitt Romney is another example of a political role model. The 2012 Republican Party’s Presidential Nominee possesses several great attributes, including his will to serve and facilitate to all people. To quote Romney, “Opportunity expands when there is excellence and choice in education, when taxes are lowered, when every citizen has affordable, portable health insurance and when constitutional freedoms are preserved.”

I believe that if you walked up to any young adult on the street and asked them if either of these men had a positive influence on society or on their lives, most would probably say yes. Now given the negativity that we are seeing in our daily news cycle around our current President, it makes me wonder that if you asked the same group about Donald Trump, what the response would be. Unfortunately, I have a feeling many would say no.

Let’s look at President Trump’s European trip and the Helsinki summit with Russian President Vladimir Putin as examples. During his trip to Europe, which included Belgium, the United Kingdom, and Finland, the President made remarks that upset many Americans. According to a CNN article (Tue July 17, 2018), while during the NATO meeting in Brussels, Trump “Slammed Germany and other countries for their lack of spending on defense and again questioned the role of NATO.” Furthermore while visiting the United Kingdom, Trump also “Trashed a sitting British Prime Minister and pushed for a disastrous hard Brexit”, again according to the same aforementioned CNN story. During the Helsinki summit with Putin, Trump faced a large amount of criticism for appearing to side with the Russian President over his own U.S. intelligence agencies. That raises a lot of questions in terms of setting an example of trust in your own nation and how that will affect the younger generations and their outlook on politics.

I still feel that despite many negative connotations about my generation most teens are taught to treat everyone with respect and always try to think before you speak. Therefore it is understandable to learn that many young adults are expressing significant concern that Trump put our country in an awkward and dare I say even embarrassing position.

I do understand that our President is outspoken and unapologetic. He won the hearts of normal people by simply appearing to speak his mind. Unscripted, off the cuff, and shocking sometimes. Donald Trump has been a major focal point in the media, and my generation has not missed that; instead, we want to take a stand against or for him. Politics and Trump’s past and recent actions have been not only noticed but also have affected many teens who are searching for role models.

Abigail Juknavorian is a junior in high school and a resident of Methuen. She is a member of the YMCA Youth and Government Press Corps and a delegate to the UMASS Lowell Model UN.