By ValleyPatriot on May 24, 2021Comments Off on ABOVE AND BEYOND ~ Three Local Restaurants Getting it RIGHT While So Many Are Getting it Wrong!

By: Valley Patriot Restaurant Gurus – May, 2021

Since businesses have reopened from the Coronavirus lockdowns, we have noticed that most of the restaurants we used to love to go to are now just mailing it in.

While we understand that service is not going to be as good as it was before the lockdowns as managers struggle to get more help, there is really no excuse for wrong orders, cold food, portions much smaller, while prices have gone up.

Of the 10 restaurants we visited in the last month (some we have been going to faithfully for years) we can report that only three of those restaurants did a good enough job to make our Above and Beyond list.

There was no wait for a table. The first thing that excited us when we were seated at Joe Fish was that the owner had screwed in barn windows and sashes behind every booth, giving us maximum privacy. For us that’s huge. Any time we can find a restaurant that has seating which keeps us away from other people, it’s a big bonus. But it’s even better when we find a place that offers almost exclusive privacy at our booth, and Joe Fish did that.

Prior to the lockdowns we used to get the fried fisherman’s platter and noticed it wasn’t on the menu anymore. The only thing listed was a baked platter.

When the waitress took our order, I told her I liked it better when they had the fried platter on the menu and she said it was no problem, they would be happy to make it for me. I had to order the clams separately, but I was thrilled that they were willing to make something not on the menu.

While we were still not happy with the fact that they are still serving baby scallops (deep sea is the way to go 100% of the time) the platter was still great.

The portions were big, the appetizers were great, and the service was exceptional. Most of the restaurants we visited in the last month were very inattentive, and seemed like they couldn’t get away from our table fast enough.

At one restaurant, I still had two more things I was going to order besides the meal, but after the waitresses heard my meal order they fled our table so fast we thought there was a fire. That wasn’t a problem at Joe Fish.

Despite the fact that we were there on a Saturday night and they were very busy, our waitress spent a lot of time with us, she was on top of everything from keeping our glasses full, to making sure that we got milk for our coffee instead of cream (something most restaurants get wrong).

We were so happy with our experience that we actually went back a few days later for steamers and lobster and again it was all to our liking.

We walked into Tomo at the busiest time of night. Friday at 8pm. The place was completely full but there was only a 10-minute wait for a table. By the time we placed our drink order at the bar our table was ready.

The appetizers came out quicker than we expected and our glasses were never empty before the waitress refilled them. Most hibachi restaurants don’t really serve the best sushi. What they excel in at the hibachi table they usually lack in the sushi department. So, we weren’t expecting much when we ordered the sushi, but were pleasantly surprised by the time we were done. So much so, that we ordered more, even though we were about to have a hibachi meal.

We ordered the Emperor’s Delight and the Steak and Lobster dishes. First off, HUGE deep-sea scallops. For that alone we would be giving them high marks and committed to going back. They were tender, they were cooked perfectly, and they fell apart in our mouths.

The steak was also cooked perfectly and the rice, well you have to try to understand how good that was because we are at a loss for words on that one.

What’s more, the portions were so big that we almost didn’t finish it all. But instead of trying to rush us out towards the end of meal like most restaurants do, they let us hang around and take our time. By the time we were ready to leave there was literally nothing on anyone’s plate.

In full disclosure Tomo’s is an advertiser in this newspaper. But we assure you if we didn’t think this experience was exceptional, we just would have left them out. 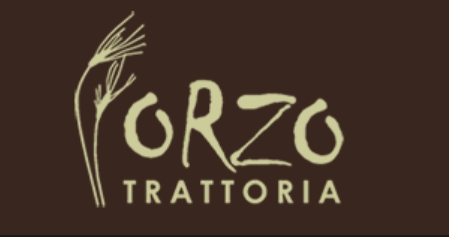 There was no wait. The first thing we noticed when we sat down at Orzo was that the menu had not really changed since before the lockdowns. Many restaurants have trimmed down their menus and eliminated popular items to save money on inventory as they try to financially recover before we get back to normal.

As appetizers go, it’s hard to find a restaurant that cooks calamari just right. Most places overcook it to the point where it’s almost too rubbery to chew. Even seafood places that specialize in calamari usually cook it just a little too much. So, we normally do not judge a place for the calamari, but when we find a restaurant that serves calamari just right it’s worth passing the word along to our readers.

It’s also very difficult lately to find a place that will make steak the way we ask for it. The three restaurants we visited earlier in the week all got the steak order wrong. So, when we ordered steak at Orzo we weren’t expecting much. We were both pleasantly surprised when both our steak orders were made to our liking, and when we looked at the menu it seemed like the price was actually lower than it was before the lockdowns. The portions also seemed bigger than before the lockdowns.

What’s more, the service was exceptional. The waitress kept our drinks full, was very attentive despite being very busy, and there was no 20-minute wait after our meal was delivered like at the other restaurants we visited that week. It was a pleasant experience. Now, a restaurant that was never on our GO-TO list is now near the top of that list.