By Tom Duggan on June 20, 2016Comments Off on Acadia Insurance Company Sues NH Man for Libel Over Boycott 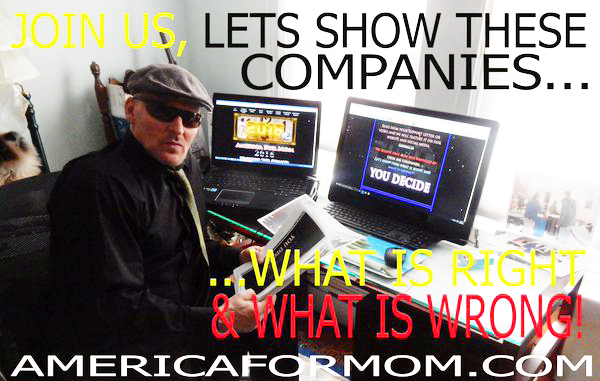 Mike Demers of Salem, NH Says His Boycott
Website Has Ruffled Some Feathers at WR Berkeley

According to the New Hampshire Dept. of Environmental Services, Haffner’s Oil Company overfilled the oil tank at 21 Martin Avenue in Salem, NH in February of 2007.

Since then, the Demers family sued and lost a civil case against Haffner’s and their insurance company, Acadia, as well as the environmental companies, Ambrose Environmental Management, Inc., and Empro Services, Inc., to have the oil spill cleaned and all the damage to their home and property returned to the condition it was in prior to the spill. 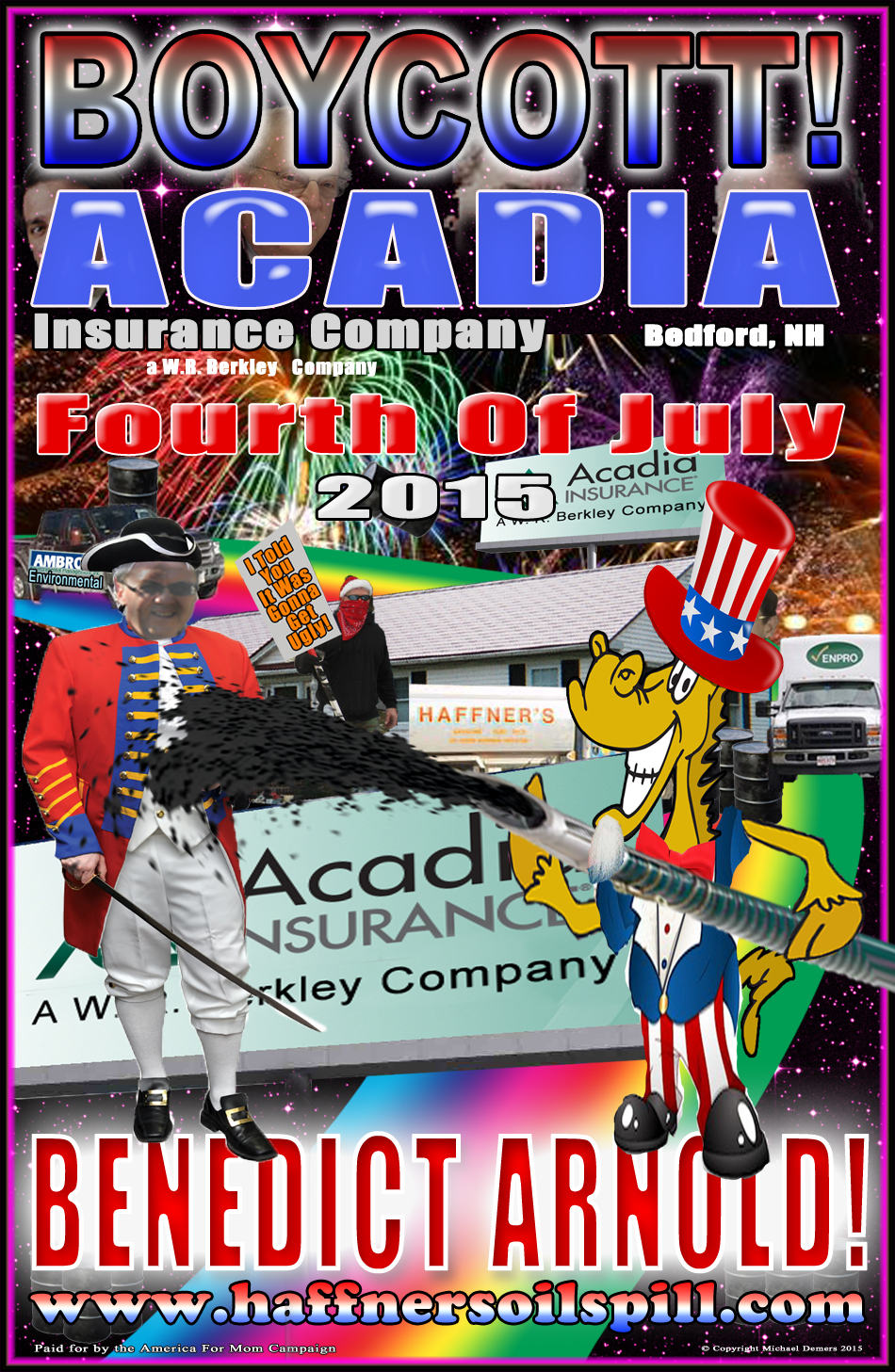 But, Mike Demers says that even though they lost the case in court (he says because Acadia’s priced lawyers had outmatched them), he still has the right to boycott the company and harpoon Haffner’s and Acadia online for their misdeed, and for not fully cleaning up the property where his mother lives.

In 2012, Mr. Demers started a parody website to tell the story of how a multi-million dollar oil company, their insurance adjusters, and the environmental contractors hired to clean up the property bungled the spill and the cleanup of his mom’s home.

“They spilled the oil. That’s a fact. They said they would clean up the property to the way it was before the spill and they didn’t. The house still smells of oil. The basement is still sealed off from the upper level. This isn’t anywhere near what it was like before. We took them to court and we lost, so yes, legally they have no more responsibility to do anything else. But, these people are human beings, I think they have a moral obligation to keep their word and clean up the property as they promised. Instead, they tried to do it on the cheap and it ended up costing them three times the amount it would have cost to just rebuild my mom’s home,” Demers told The Valley Patriot.

Now, Acadia Insurance and Leo Perreault, (one of the insurance claims adjusters for Acadia at the time), are suing Demers for libel, defamation and false light, for posting his story on the web, complete with cartoons and parodies of Haffner’s, Acadia and others involved in the oil spill and its aftermath.

Acadia claims that Demers defamed their company and Leo Perreault (see photo left) by posting cartoons and parodies of Perreault in a bunny suit, dressed as a clown, and other humorous, some say defamatory ways.

Demers says he is making no legal claims against Acadia or Mr. Perreault on his site and shouldn’t be made to take it down because he has the right to free speech.

“They may not like what I’m doing, but I have a first amendment right to do it. With the amount of money Acadia spent to fight my lawsuit, and the amount of time and money their lawyers are being paid to bring this suit against me, they could have rebuilt my mom’s home and had money left over to take a trip around the world.”

“I am just using my right of free speech to let the public know that this is the kind of company they are. Rather than spend the money on fixing things the way they promised, they hid behind lawyers and spent so much more to NOT fix my mom’s home properly. Now they are trying to silence me by taking me to court with their million dollar law firms. I am a demolition worker. I don’t make the millions of dollars these guys make. But I am going to fight it because if they silence me and get away with it, they can do it to everyone else.”

For their part, Acadia Insurance is asking the court in Hillsborough Superior Court (Northern District) to order Demers not to post any photos of their company, their logo, or any of their contact information in his boycott campaign. Acadia claims that their adjuster, Mr. Perrault is not a public figure and has been libeled by Demers on his various social media posts.

They are also asking the court to order Demers to take down his boycott campaign.

“Look, the issue here is that they may have followed the law in what they did, but they promised us they would clean up this spill and make my mom’s property the way it was before. We can still smell the fumes from the oil all throughout the house, even though it has been gutted and redone. I think if you look someone in the eye and give them your word, you should keep it. And if you don’t, someone else should have the right to hold you morally accountable for breaking your word, whether it’s a boycott or a website or holding signs outside your establishment. It says right at the top of my site that we lost the lawsuit, so I’m not making any legal claims against them. I don’t know how the courts can say I don’t have the right to tell the world what these guys did and didn’t do in Salem, NH.”

“I say let the public decide who’s right and who’s wrong here. Maybe people go to my site and decide I’m crazy. Maybe they read everything and decide Acadia and Haffner’s didn’t do the right thing. But, if people can’t go to my website and read the story, and see the documents and the cartoons, etc., then these multi-million dollar corporations will have gotten away with silencing free speech and nobody can decide anything for themselves.”

The legal case is still working its way through the court and is scheduled for a trial sometime in mid 2017.

In the meantime, Mr. Demers is not only continuing with his boycott and social media campaign, but is also trying to raise money to fix his mother’s foundation and clean out the residual smell from the oil spill.

The Valley Patriot will be following this First Amendment case and will update our readers periodically as more details become available.

For more information on Mr. Demers’ conflict with Haffner’s, Acadia and others you can visit americaformom.com or Haffnersoilspill.com